Much has already been said about Bootstrap...What it is...How to use it...What benefits and drawbacks it has. We decided to unite most interesting things dedicated to Bootstrap in one single place, just like we did some time ago with Responsive Web Design. So here comes a new one interactive infographic designed by TemplateMonster team.

Look at the screenshot below, what you see is a static version of our Bootstrap Infographic. Here “static” means a plain .jpg file. To come across the full version click this screenshot, you can also visit the Infographics page to see some other interactive guides produced by Monster.

As you see, this infographic was given the look of Windows 8 Metro interface. This OS version is pretty popular these days, first of all, due to its offbeat look, second due to integration into tablets and smartphones. We decided that infographic with such looks will be pretty intuitive and easy to get through by all users.

Now, once again look at the screenshot, all content blocks of the guide are subdivided into categories and are ranged by the color, so there will be no mix-up which thing goes where - that's for the .jpg version. As for the interactive everything is pretty simple and straightforward - click the tile to see what's inside.

People all around the web have already succeeded building Bootstrap based websites and apps, just check out the Built with Bootstrap directory and you will find tons of cool websites. No need to tell over and over again what exactly Bootstrap is, all that remains is to enjoy this framework. In this Infographics we’ve gathered tool chest for every Bootstrap developer: styles generators, theme generators, free PSDs/fonts/buttons/icons, numerous tutorials (including video lessons), plugins, code snippets, shortcodes and whatnot. Bootstrap with pleasure. 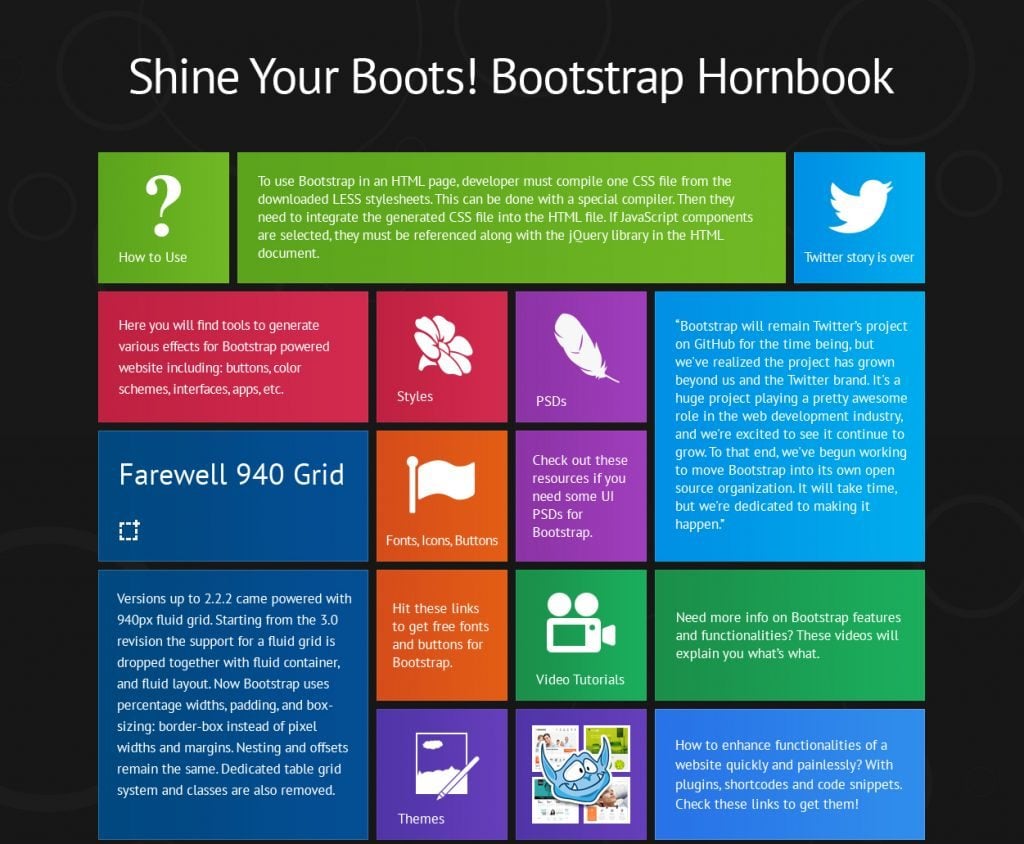 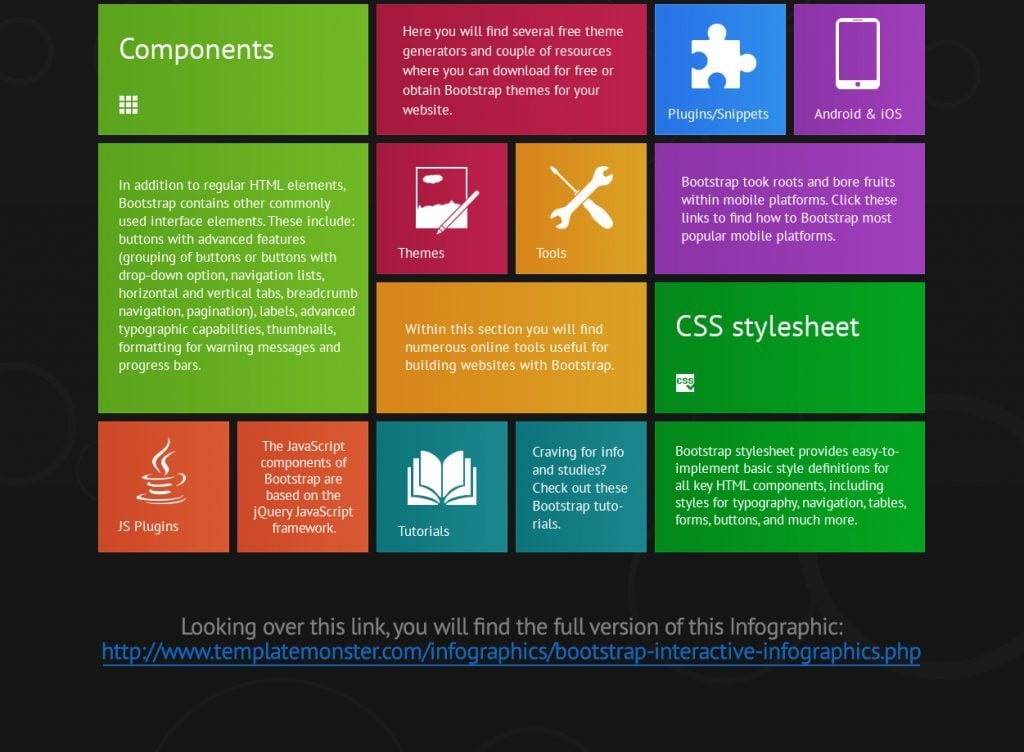 To see the full version of this Bootstrap Infographic, please follow the link.

Check our bootstrap themes and don’t forget to share this thing with your friends (across the social media sites, such as Facebook, Twitter, Google+, Pinterest, StumbleUpon). If they are involved in website designing or somehow deal with Bootstrap, they’ll definitely find something useful in it. Also, keep in mind that the Copy button at the bottom of the interactive version lets you save the code of .jpg version to incorporate it into your web page or somewhere else.