If you have long dreamed of creating a website on the Internet, this selection is for you. These home and family website templates are great for quickly creating a website for free. Also, our specialists create templates that not only have a unique design but are also high quality and functional. The birth of a child or a wedding are important events. Everyone aspires to memorize important moments for as long as possible.

Templates presented here will help to create a business website for home and family products and services. In cases where there’s no possibility to spend money on creating your own web project, free templates come to your aid. On the network, many template collections are distributed free of charge. But the advantage of the templates placed on our site is a thorough check for compatibility with well-known browsers. And also, testing and full compliance with all existing standards.

Having your own website is not a difficult task. Creating it using a template from this selection is simple even for a for the novice users.

By the by, recently we have launched a new subscription service ONE. What can this subscription give you? It can provide you with such an opportunity to download any templates, plugins, themes, etc. from ONE package for such a low price as $19 a whole month! How can it be? I don’t know what you think but I’m sure it’s incredible. Instead of buying only one cool template, you can join the subscription and get as many of them as you want to. Check out what HTML Templates we have now within the subscription to know which ones you can try and use. Are you a blog reader? Great! Our blog readers can have such a bonus as a 5% discount within the subscription. For that, they should simply use the promo code BecomeThe1.

WCards is a wonderful and bright but at the same time a simple template (in a good way). It has a refined and clean structure. There is a slider, flexible widgets, and unlimited color selections through the settings panel. Built-in drop-down menu and a slider make the template attractive and will complement its functionality. The selection of fonts in WCards provides full opportunities for displaying information on the pages. The font set includes fonts from Google. And the font size can vary. In the module with the logo, you can insert both a picture and text. And useful widgets perfectly complement the functionality of the template in general. The template is compatible with mobile browsers, as well as with standard ones. 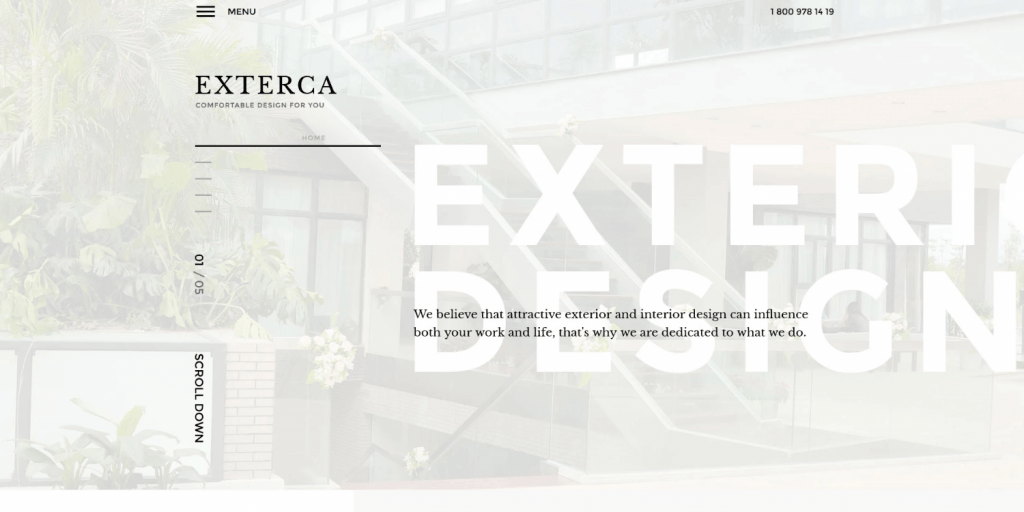 A great example of aesthetic and neat design. It’s a great template. Everything is easy to configure. With the help of shortcodes, you can diversify your content. There are previews of different pages. And also, you can make an online store. Template design can be changed at your discretion, including the company name and the slogan. The font size and outline can be changed for all the headers. To expand the functionality of the template, the Google map plugin is built-in. The template is cross-browser. 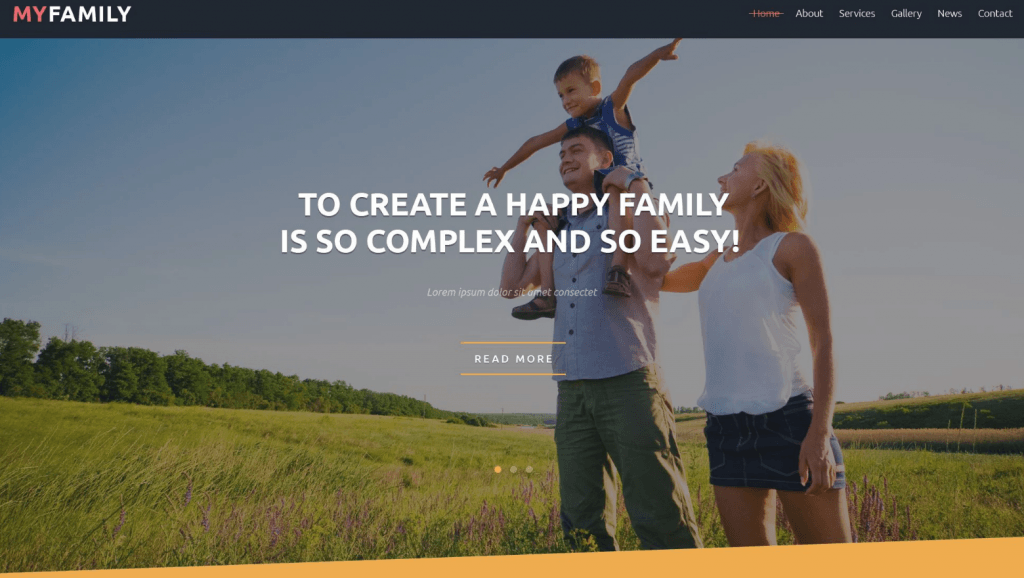 My Family is fully adaptive to mobile devices and is equipped with a number of the most useful settings. There’s a slider, the ability to add a custom logo, several page layouts and a large selection of color palettes. In the template settings, there are functions of configuring the modules, the font size, the width of the pages and columns, and editing the logo. The Google map plugin allows visitors to easily navigate their city to locate your business quickly. For color editing, a palette is built into the control panel. Thanks to the thoughtfulness of the design and structure, My Family allows you to create a website without much effort. In general, the template has a modern design. And thoughtful template code ensures fast load of pages. The template is cross-browser, so it’s compatible with all modern environments. 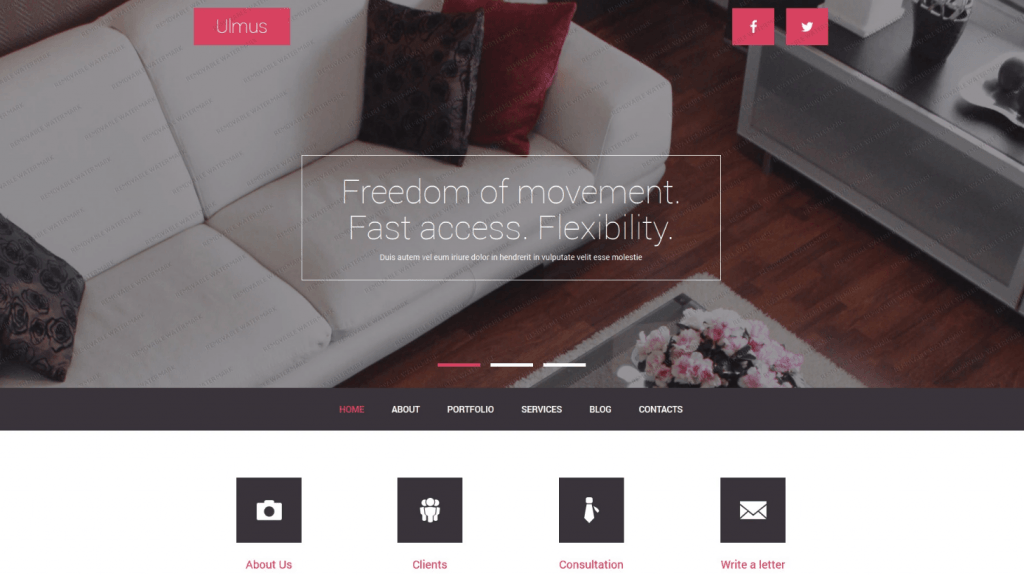 This template is ideal for sites of interior design companies. It’s equipped with many features that are simple to use. So, creating a dream site will be easier than anything. It’s a wonderful template, suitable for various kinds of furniture company websites. It can be used both for a personal site or for a business site and even for an online store. It’s friendly to mobile devices. Colorful design, as well as some significant additions, will undoubtedly beautify your Internet space. The template design is modern, it doesn’t irritate with too many colors and is pleasant. 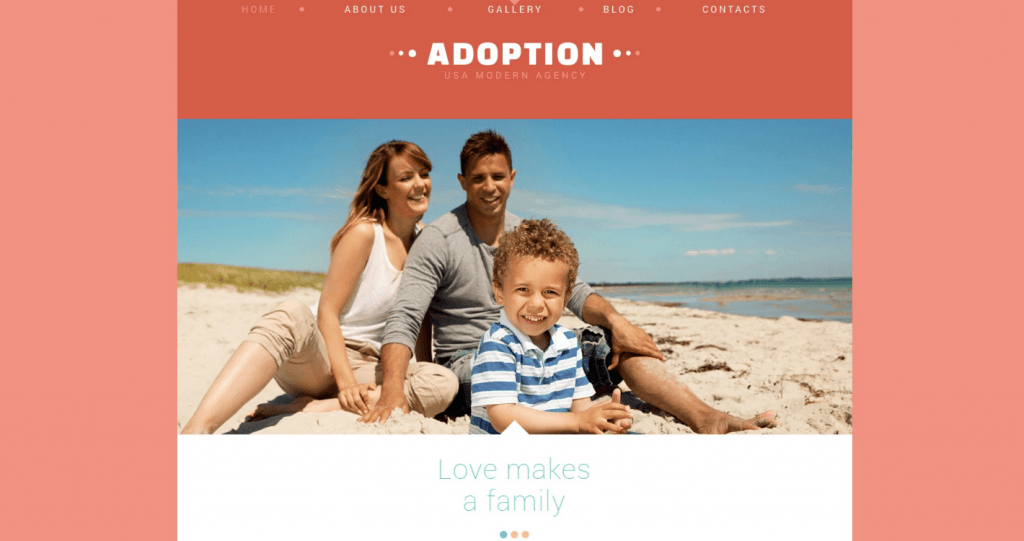 This Joomla template is suitable for a kid’s adoption website. Nice backgrounds, competent structure, cross-browser support. All the main features of the modern solution are present. The design of this template involves a lot of detail and beautiful color design. The user is provided with ready-made solutions for template design. Advertising of the created site will be simplified thanks to the already embedded social networking icons. Among them Twitter, Facebook, Google Plus, and YouTube. It remains only to insert links to the appropriate pages of these social networks. 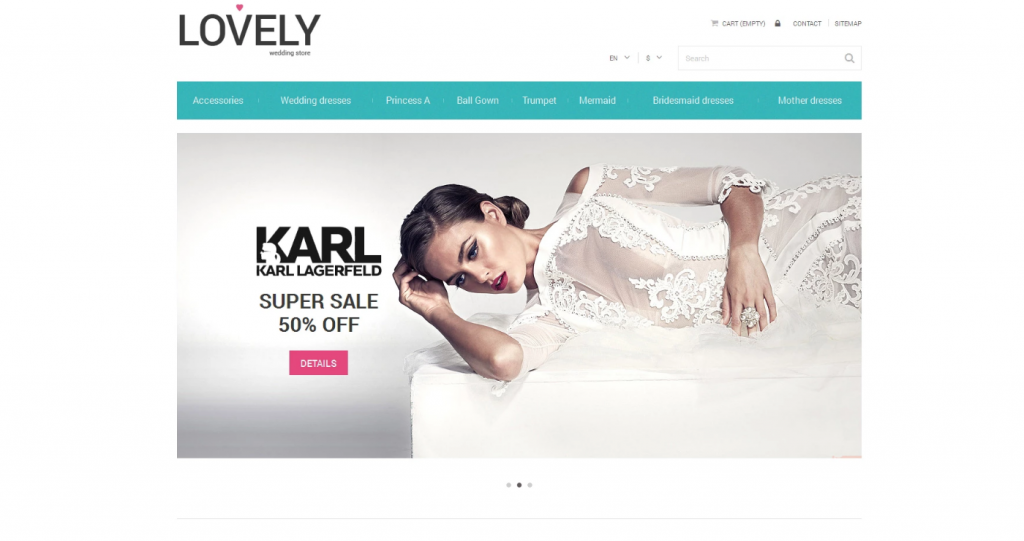 In this template, the developers have provided the user with a simple structure that is not overloaded with elements. So, editing the site structure has become much easier and more accessible. It will work correctly with almost all modern browsers. Slider and a slideshow are present in the template. In the control panel of the template, the user will find all the customizable parameters. Including logo, the width of modules, and the slogan of the site. You can also set the vertical offset of the search module, customize the menu, and the width of the columns. 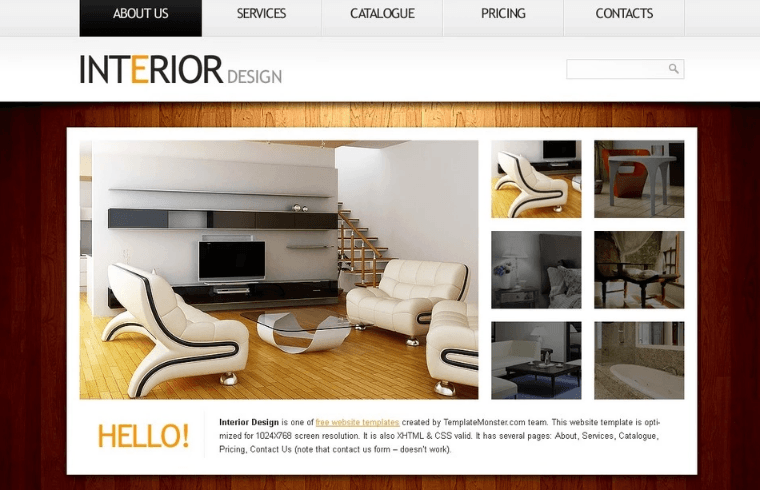 This is a beautiful and neat template with many useful settings. Using this template, you can select the appropriate background color and add support for Google Analytics. Also, customize the layouts and pages. This is a stylish and unique template, specially designed for an interior design website. The template is fully adaptable to mobile devices. It’s equipped with convenient and simple settings. 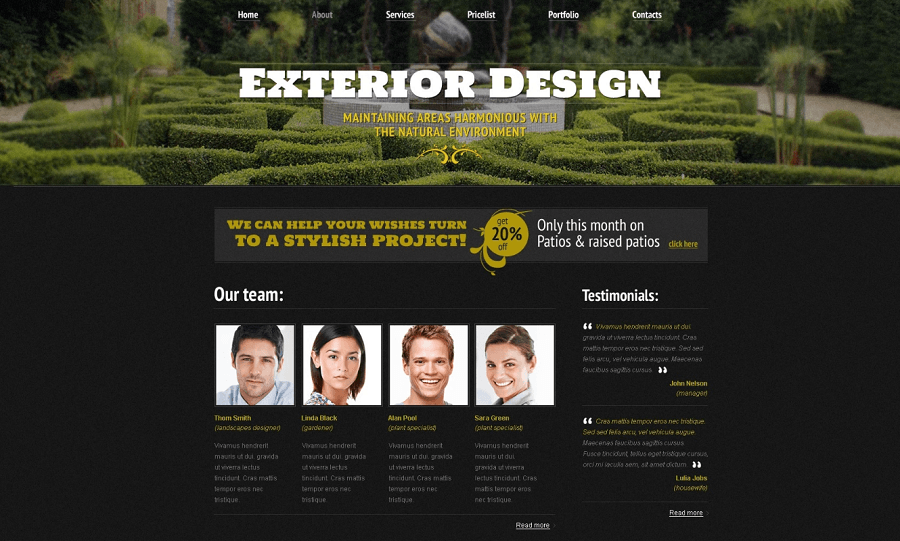 This is a very original and, most importantly, a light weighing free HTML5 template. The template has full support for the various page layouts. There’s a built-in adaptive image gallery. It’s a modern adaptive template that is made in a green color scheme. It’s entirely suitable for sites about landscaping and exterior design. For both a business site or a personal blog.

Being a part of the TemplateMonster team is a great pleasure. I write about templates, marketing secrets, presentation tips, and different CMS. Hope my articles will be useful to you. If yes - please leave me a comment. Besides that, you can also meet me on Quora.

25+ Free Gradients for Photoshop to Improve Your Graphics