Any time you see an image that beautifully opens in the same browser window, that’s definitely a lightbox. With the help of a tiny jQuery lightbox plugin you can see images or photos in full resolution without leaving the initial tab.

Most blogs and websites incorporate this functionality, which is really great from the point of view of usability. Writing and using JavaScript is always a fun with jQuery for developers. jQuery and its plugins have made it possible to make web pages look appealing and user friendly.

Apart from displaying images, some of the lightbox plugins also displays videos, flash files, HTML, and other multimedia content. As this plugins are developed using jQuery, they are smaller in size and easy to carry out.

Considering the demand of jquery lightbox plugins, we’ve analyzed some of the best ones available today. Below you will find a number of useful and effective lightbox plugins that you could use on your website to display your website content. All items presented in this blog post are free, but first check out live demos to see if this plugin will fit your resource.

A great example of a modal window that can accomodate any type of content. 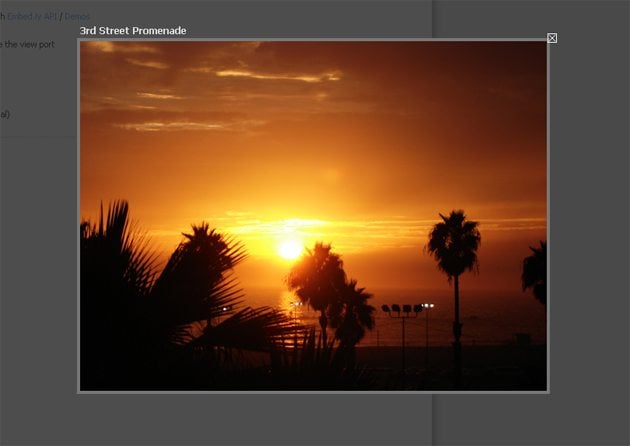 This jQuery lightbox plugin is simple, elegant, unobtrusive. There's no need extra markup used to overlay images on the page through the power and flexibility of jQuery's selector. 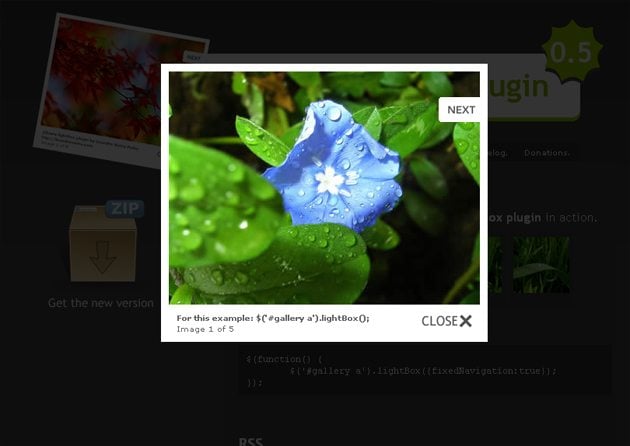 FancyBox is a tool for displaying images, HTML content and multimedia in a Mac-style lightbox that floats over the top of the web page. 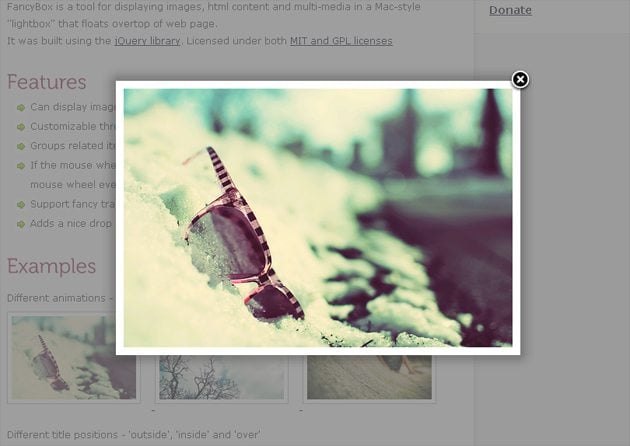 Lightbox 2 is a small JavaScript library used to overlay images on top of the page. It’s a snap to setup and works in all modern browsers. 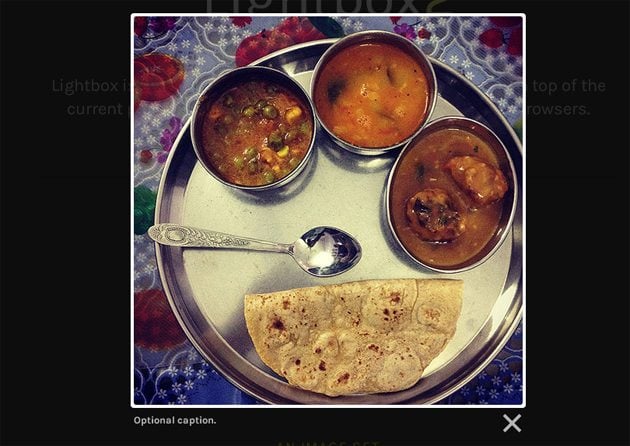 Magnific Popup is a responsive jQuery lightbox plugin that is focused on performance and providing the best experience for a user with any device (Zepto.js compatible). 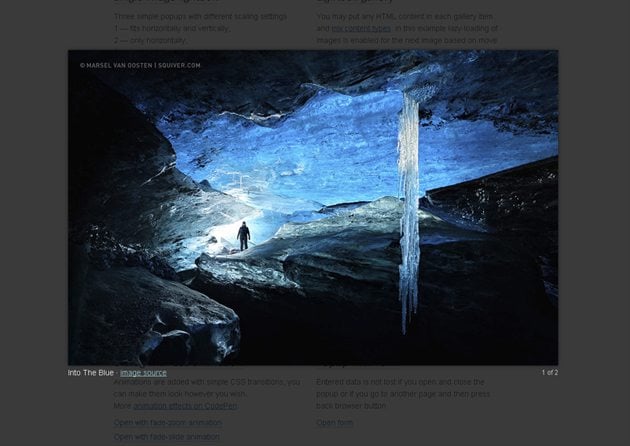 Shadowbox.js is a web-based media viewer application that supports all of the web’s most popular media publishing formats. It is written entirely in JavaScript and CSS and is highly customizable. Using Shadowbox, website authors can showcase a wide assortment of media in all major browsers without navigating users away from the linking page. 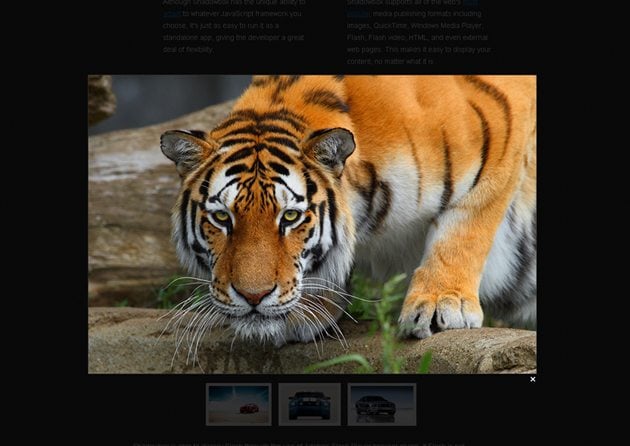 This is another great example of a lightbox plugin. See the live demo to check out how awesome it performs. 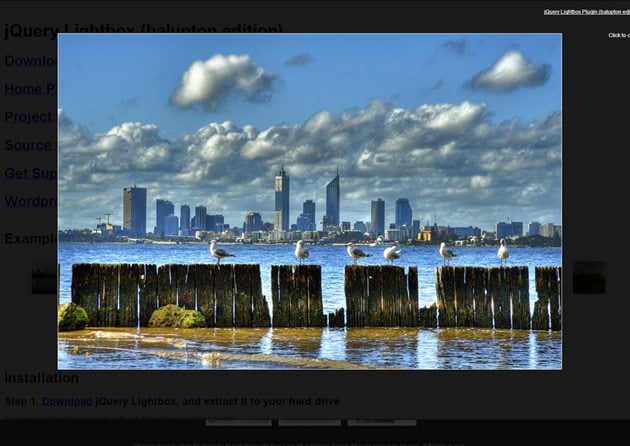 Swipebox is a jQuery plugin for desktop, mobile and tablet. This finger-friendly plugin will be a great addition to a responsive website. 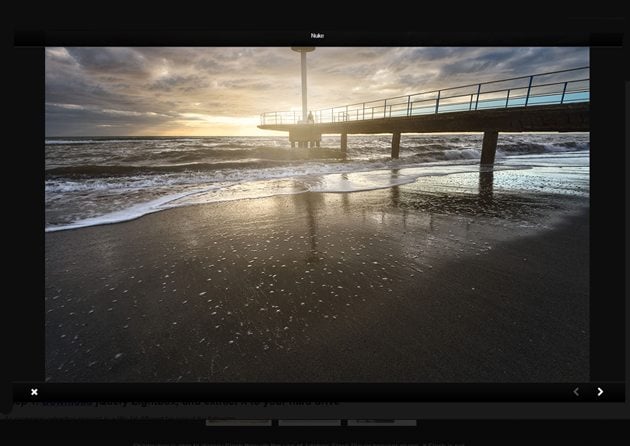 iLightBox allows you to easily create the most beautiful responsive overlay windows using the jQuery JavaScript library. By combining support for a wide range of media with gorgeous skins and a user-friendly API, it pushes the Lightbox concept as far as possible. 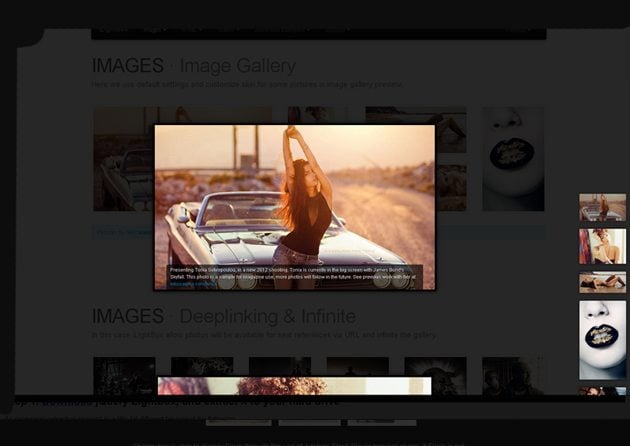 Lightbox_me is a great tool to be placed into developer's toolbox. Have a DOM element wrapped in a jQuery object and it will lightbox it for you, no muss no fuss. 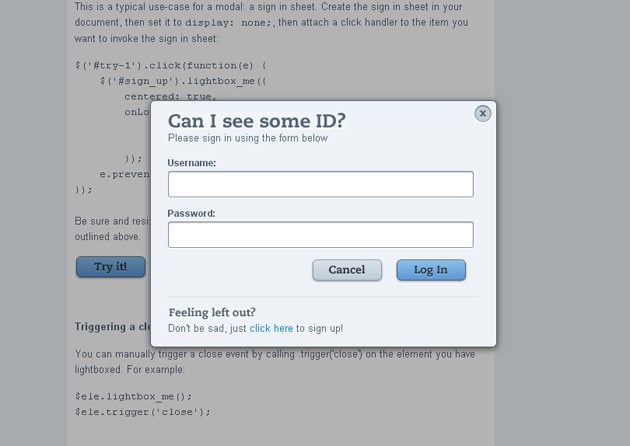 Being really lightweight, Nivo Lightbox offers much flexibility and accessibility. The plugin is free and released under the MIT license. 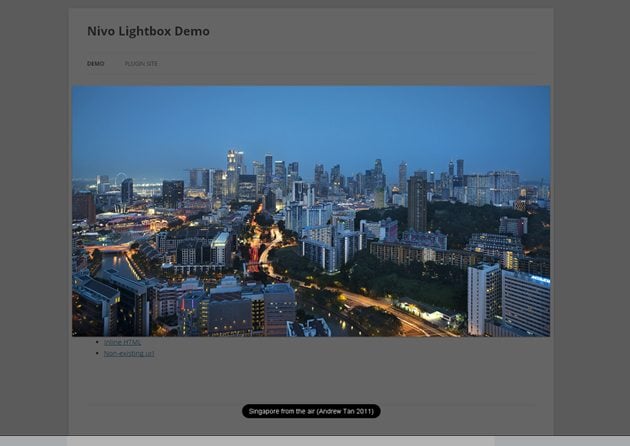 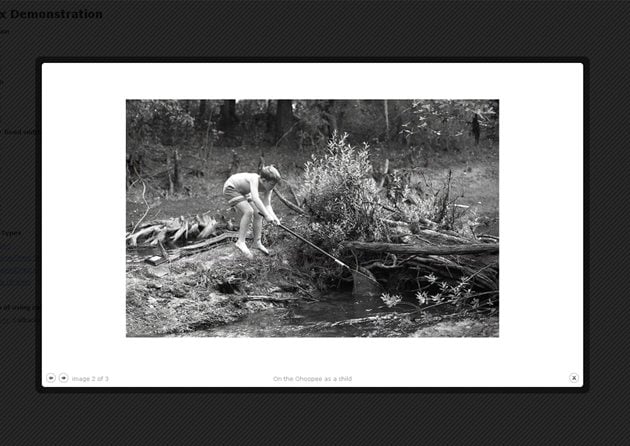 Lightview helps you get the most beautiful overlay windows using the jQuery Javascript library. The plugin uses HTML5 to help you deliver the best experience across every browser. Let it enhance your media automatically or create custom overlays using the powerful JavaScript API. 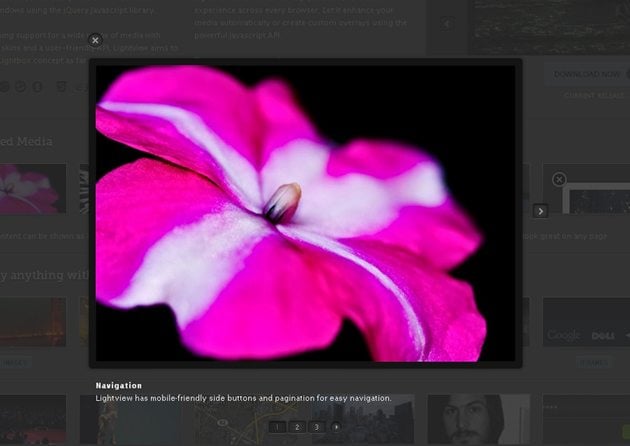 * * *
Folks, if you think that this list of lightbox plugins needs to be complemented with some other examples, feel free to add links in the comments section. All the best.
Alex Bulat