We all know that it is possible to keep your web site on the top when you use a thought-out design in its base. When you get to the point of the importance of the design concept as the first step of web site creation, you’ll certainly succeed in this process and get the most out of it.

With this idea in mind, you will start searching all around the web for some real examples of the catchy sites that keep up with the latest trends in the sphere of design.

Of course, you can find a number of inspirational ideas, but we offer you something more concrete – the freebie that is a ready-made solution for your spectacular music project. So, we are glad to deliver this free music theme that we consider to be a good start for your future project or at least a good source of inspiration. Don't forget to view the live demo of the template and check out other WordPress music website templates. 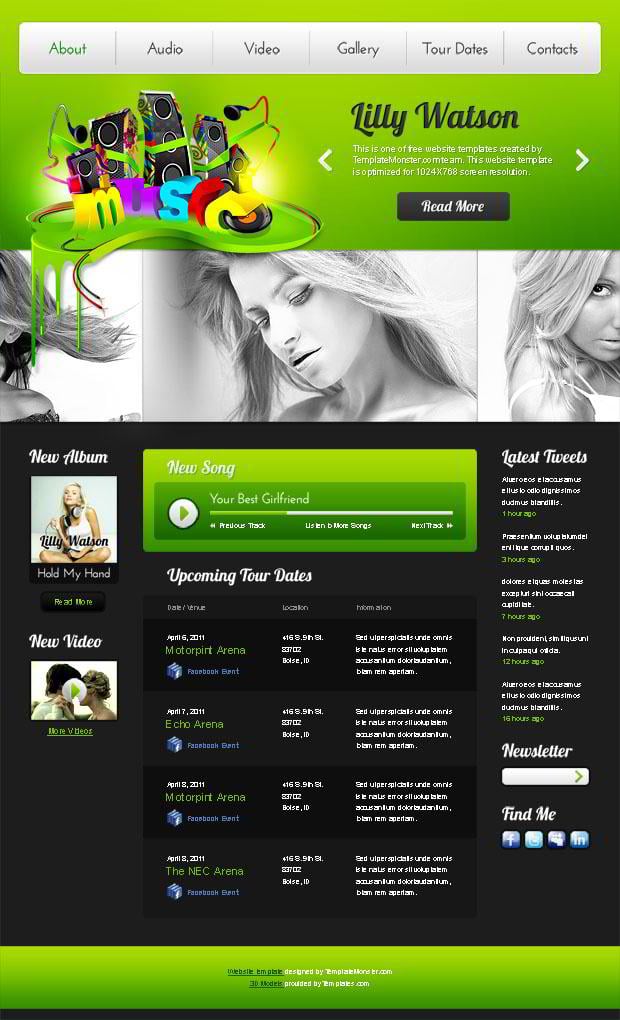