Glad to meet you again, guys! How much does it cost to build a website? With freebies - nothing. We are sure that you have found our previous freebie useful and have created a good website on its basis. What are you going to do next?

We can offer you a bit of inspiration and we hope that you’ll like it. So, welcome our new freebie – Free Real Estate Website Template. Whether you are going to start the new one or renovate the existing project, this template will be helpful for you. If you are going to bring your ideas into reality, there is no need to hesitate and wait for another good opportunity. Feel free to download this theme just now. Try this Free Real Estate Website Template, check out other real estate WordPress website templates, and start something special! 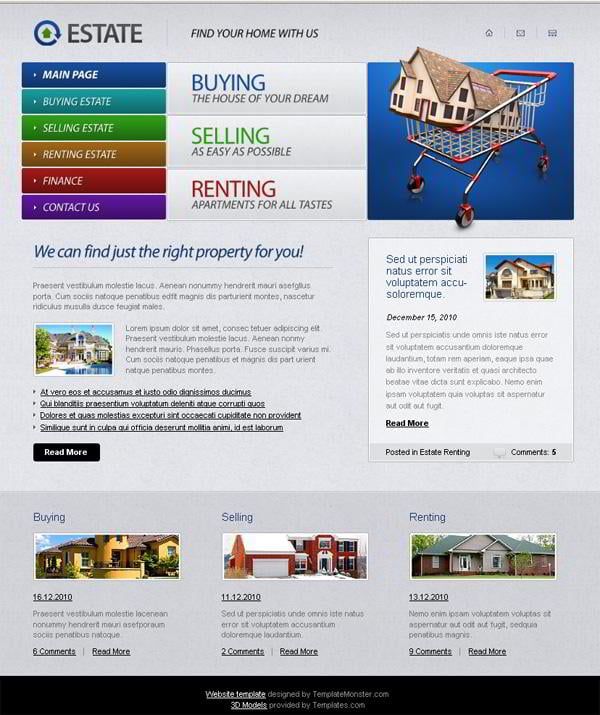