TemplateMonster starts a series of infographics about color psychology. Please welcome the first one dedicated to Red Color in Web Design. Find here all you wanted to know about the power of red in designing websites, online stores, its effect on visitors and tips on how to use it.

This is not the first color infographics created by our creative team. Several years ago we published Coolness of Blue in Web Design – Interactive Infographics and Mysterious Black in Web Design Infographic. Today we want to renew this topic and put you wise about how to use red color with maximum efficiency in web design.

Color psychology theme was chosen to underline its importance in design. It influences the consumer's behavior, which is crucial when it goes about creating site that converts.

85% of online shoppers say that color is a primary reason to buy a particular product. Isn’t this info enough for you to choose the colors of your site properly?

The Power of Red

The superior degree is the most appropriate when we speak about red color. Here is a short list of “super qualities” of red color.

The power of red in web design is based on the way it affects people. The latter perceive it according to individual, social, cultural traditions. The color perception is mainly based on associations the brain makes for a certain color. The associations with red color are visually presented in the infographics below.

When you take into consideration the moods, feelings and emotions that are conveyed by red, its associations, you can effectively make use of it. It’s widely applied to both websites and online stores. The power of grabbing attention makes red perfect for call to action elements on pages, and of course, sales notifications. Color matters, and its right choice for CTA button (I mean RED) can uplift the conversion up to 34%.

A variety of red shades amazes. And the most interesting fact - its different shades can call the opposite emotions. 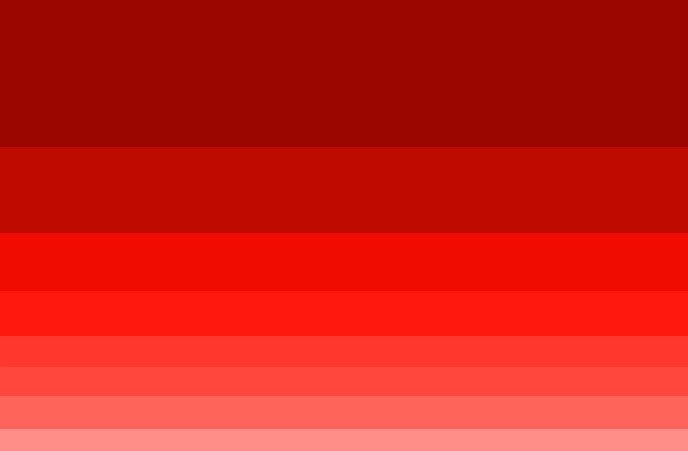 When light red gives a feminine feel, dark red speaks for much more sinister emotions. It’s important to choose the right shade to attract a certain type of customers, as they’re known to respond to certain colors.

The only thing you have to remember – being the most dominant color of all, red can turn people away when is overused. It means that red websites with red color accents and red CTA are over the top. Make sure that you mix it with other colors in the right way, apply it to certain page elements wisely, and it will be a great tool for improving the conversion of your site.

Red is provocative, attractive, bold. Being used properly, it gives a power to your site. The versatility of its associations from highly positive to seriously negative persuade some designers to stay away from it. And what do you think?

Go give it a shot! Make your red-hot mama happy leaving your opinion in the comments below.