50+ Back to School Design Ideas 2020 for Atmospheric Class Reunion

A decade has passed since I graduated from high school. It’s a great occasion for meeting classmates and reliving childhood memories, isn’t it? Planning a reunion last month, our class stepped aside from the hackneyed tradition of going to the local bar and opted for a more atmospheric event.

We decided to organize our party at school to plunge into the lively atmosphere of the good old days. Isn’t it cool to remember how it feels walking down school hallways, sitting at the desk, drawing on the blackboard… Nostalgia and stuff like that.

The smarty pants of our class, John, who got all As took the party organization into his hands.

Unfortunately, his taste wasn’t as good as the ability to solve math equations. We wanted that night to be unforgettable, and he could make it like that, but not in a good way. Crossing the school threshold was like entering a stock photo site. All the decorations were made of tasteless stock graphics designed in the back to school theme. I even found many of them on the web. Just look at this.

Who are these kids? I understand they are cute and blah blah blah, but why on earth did he print them out? Wouldn’t it be smarter to use our own childish photos instead? I didn’t feel any nostalgia, which was the main purpose of going to school rather than somewhere else. The big brains of our class spoiled that special night with stock back to school design resources and seemed to be very proud of that. Let’s applaud him.

On school days, we made items by hand, putting our hearts and souls into them. Everything looked so heart-warming back then. Now everything feels so stock… You go buy a samey poster that’s been printed out a million times before and used by every other person.

Would you like to come up with back to school design ideas that are fresh and creative? Then, you’re in the right place. Today, I want to share 50+ new graphic resources that will help you organize an unforgettable class reunion or prepare for the beginning of the upcoming school year.

This roundup is perfect for multiple purposes. You can find here anything from back to school banners, backgrounds, and icons to school supply labels, stickers, and badges. You’re also free to choose from a variety of styles including flat, hand-drawn, watercolor, retro, etc. So, scroll down and pick the school template you like the most. 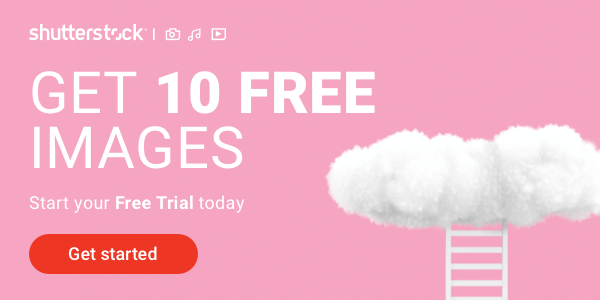 Back to School Graphics

Back To School Clipart & Patterns Illustration

Back to School Doodle Set Vector

Back to School Corporate Identity Templates

Back to School Icons

Are you missing a small element to use as a finishing touch of your decorations? Check out new icons that conclude this roundup of back to school design ideas.

Premium Back to School Iconset Template

Colorful Back to School Icons

Colored Back to School Icons Set

Back to School Backgrounds

Here are back to school images that you can use for party invitations, posters, table setting, worksheets, and any other printables you may need.

Back to School Border

Hand-Drawn Back to School Background

Hand-Drawn Background with Open Book and Other Items

Back to School Banners

If you need freebies for promotion, both online and in print, these pre-designed resources for back to school ads will come in handy.

Back to School Banners Collection

Banners of Back to School with Books

Funny Banners for Back to School

Cute Flat Banners for Back to School

Beautiful Banners of Back to School with Hand-Drawn Pencils

Back to School Schedule Templates

Besides school banner design ideas, I picked up templates that will let you show the schedule of contests and other activities of your event.

Back to School Labels, Badges, and Stickers

Here is a hand-picked collection of fresh back to school labels, badges, and stickers. You can use them to mark items at your party with a school theme.

Collection of Colorful Labels for Back to School

Hand-Drawn Labels Collection for Back to School

Fantastic Labels for Back to School

Nice Selection of Labels Painted with Watercolors for Back to School

Beautiful Hand-Drawn Badges for Back to School

Beautiful Hand-Drawn Badges of Back to School

Paint Stains Background with Back to School Badge

Set of Circular Stickers for Back to School

Set of Stickers for Back to School in Flat Style

Different Stickers for Back to School

Back to School Theme Pack of Free Vectors by Freepik

Get ready for September with this set of free Ai and EPS files with a Back to School theme!

With a green backboard as a background, all of these school supplies and textbooks are clearly telling us one thing: the school season is just around the corner. But you don’t have to fear! With these free vector resources by Freepik, everything is under control!

Amongst these high-quality vectors, you will find some banners that will be useful in case you need to create announcements or ads with a back to school theme. These feature all sorts of school supplies, like pencils, notebooks, books, and even the classic teacher’s apple.

The set also includes a series of vector illustrations featuring children characters. These are perfect for creating slideshows and also to create exercise booklets for students, printing bookmarks or creating notebook covers.

The back to school pack isn’t complete without a full color, eye catching timetable. You have several models to choose from, and you can customize them by varying the colors or adding some of the previously mentioned vectors. You can print them out at any size to schedule your week!

You can also find some back to school backgrounds in this pack, which are bright-colored and cheerful enough to lift your spirits for September.

Find these and more back to school resources on Freepik!

If you’re in charge of organizing a reunion, you must approach this task responsibly. Don’t treat it as if you’re doing a big favor to your classmates. The class reunion is a priceless opportunity to feel yourself like a child in your thirties. You simply can’t waste it! And these 50+ back to school pictures will help you a lot. Not only can you get inspiration from them, but also download for free to organize an atmospheric party for your school friends and yourself. They will love you!

Now let’s check the power of sharing. Mr. Genius of our class thinks the party was flawless since no one told him how much his back to school design ideas sucked. I want to fix this. Everyone who’s reading this, please, share the post on Facebook so that he could see it, find out the truth and freak out. Many thanks!

Nerd, tech-savvy writer and website development specialist. Likes to find free alternatives of paid software and knows how to launch a new website really without big losses of time, efforts and money. Follow him on Twitter.

Get Ready for Halloween with Skull Illustration