Boost Your eCommerce Performance with the Ben Franklin Effect

Doing favors can help you win people over, right? Wrong! Actually, it’s vice versa: it’s you who’s going to change the attitude. That’s right, doing favors for someone will automatically make you like that person more.

It turns out we are “programmed” to behave this way thanks to a phenomenon called the Benjamin Franklin Effect. This may sound weird, but this psychological effect can help you improve the performance of your eCommerce website, build rapport, and increase conversions. Read further and learn how!

Let’s start with a little bit of history, shall we? I’m sure you know who Benjamin Franklin is. Obviously, you can imagine how good he was at getting around people. What you probably don’t know is that Franklin was a real expert in turning opponents into allies.

Somewhere around 1738, Ben Franklin had to deal with criticism from an influential politician. The opponent was rich, powerful, and well-educated. This means, confronting him wasn’t an option, neither was “paying any servile respect to him”. What Franklin decided to do instead was asking his rival to lend him a book:

The situation that ensued was an epic win. The former opponent was happy to see Franklin the next time they met, and, eventually, the two became good friends. According To Ben Franklin, the whole case was just “another instance of the truth of an old maxim”:

This maxim is now known as the Benjamin Franklin Effect. And the moral of this story? Never believe that haters gonna hate. Instead, get them to do you a favor.

What Does It Have to Do with eCommerce and Websites?

What does one of the American Founding Fathers have to do with modern eCommerce techniques? When it comes to websites that sell, affinity leads to higher conversions.

That’s exactly where Ben Franklin’s “old maxim” fits in! By getting your visitors to like you and your website more, you improve your chances of turning them into customers. And asking them for small personal favors is a sure-fire way of making them like you more. In fact, the Ben Franklin Effect accounts for a 24% higher probability of establishing positive communication (7.2 versus 5.8 points, according to a research conducted by Jim Jecker and David Landy).

So how exactly can you use the Benjamin Franklin Effect? It depends on how creative you can get. Here are several examples of what you can start with:

The visitors that respond to these requests will be more willing to do bigger favors in future. It terms of eCommerce websites this translates into more conversions. Just remember to keep your requests personal!

How it Works for Wikipedia

You’ve probably heard about Wikipedia fundraisers. Chances are that you’ve even donated yourself and if so, good for you! Now, I realize that Jimmy Wales would frown upon any associations between Wikipedia and eCommerce, but nonprofits and eCommerce can have something in common. Besides, Wikipedia is great and I’m happy to mention it on any occasion:)

Think about it: asking strangers for small donations is an excellent example of the Ben Franklin Effect in action. But how does it influence people’s attitudes? Here’s a stat on tweets related to Wikipedia’s fundraiser campaign of 2015: 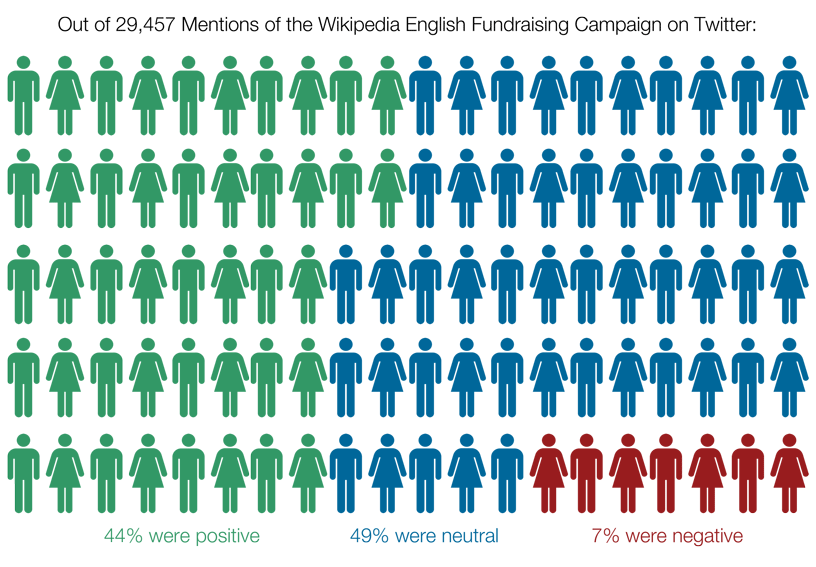 44% of positive tweets versus 7% of negative ones, any questions? Let’s see how this translates into conversions: 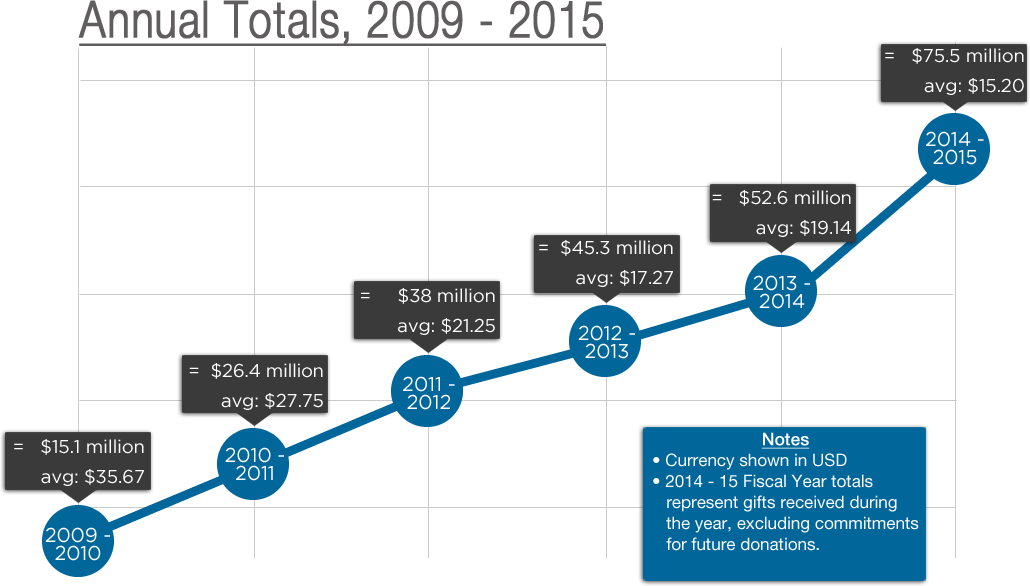 Even though the amount of an average donation has decreased over time, the number of people donating has increased by 43.5% in 2015 as compared to 2014.

What Experts Say about the Ben Franklin Effect

Here are several opinions from marketers and bloggers from around the Web:

“Basically, our brain needs to resolve any “incongruence” between our thoughts, actions, and outlooks. Simply, if we do a favor for someone, our brain subconsciously assumes that we must like the person…” Chad Daniels, Co-Founder of BuidTheFire.com.

"Here’s a novel idea, ask your readers for their help with something. Involve them in your website. Once someone helps you in some way, they will inevitably want you to succeed.” Eyal Katz, Head of Marketing Operations at AdNgin.

“The Ben Franklin effect goes way beyond eCommerce, but it definitely helps you build better communications with your customers. Give it a try and see how it works for your website.” James Berg, CMO at TemplateMonster.

Don’t worry, I’m not going to bore with some Post-Freudian theories :). The psychology behind the Benjamin Franklin Effect is a no-brainer. At a subconscious level, we want to justify our actions. Psychologists call this “avoiding cognitive dissonance” but that’s just an overcomplicated term for “trying to be consistent with our inner self”.

As a consequence, our mind automatically starts thinking better about people if we perform small personal favors for them. This way our subconsciousness justifies the effort of doing the favor and helps us feel better about ourselves. Yep, it’s that simple.

In a nutshell, the Benjamin Franklin Effect proves that deep inside we’re all similar. This means, Tyler Durden was right and we aren’t “special snowflakes”. That’s the bad news (but you already know this, don’t you?). As for the good news, now you know everything about the Ben Franklin effect, which means you can protect yourself from manipulators and even use this trick to your own advantage. Isn’t that just great?

Check out an impressive collection of eBooks inspired and written by Eli especially for MonsterPost readers.