Great websites and apps that garner adoration from their users are always a result of intensive mind-mapping, hours of brainstorming, and a lot of UI elements imparted by respective professionals. The process is complicated and involves a team of project managers and designers who keep the co-ordination going.

An integral process of a website/app designing is PROTOTYPING. Simply explained, prototyping is the process of creating a first version; a kind of a mockup that represents what the final project will look and feel like. Prototyping is necessary because it brings out the loopholes that might be present in the design or other similar shortcomings which could otherwise hamper the progress of the project-in-process.

Following are 2018’s best prototyping tools for UI and UX designers. Have a look.

If you want to create prototypes that are simple yet highly functional and rich, Axure RP must be your choice. Also, if you are not a coder, the drag-and-drop tool will be a blessing for you. It provides features like Conditional flow, Dynamic content, Adaptive views, Animation and Math functions. You can create data-driven interactions such as flowcharts, wireframes, mockups, user journeys, personas, idea boards, etc.

Another feature of the tool is its ability to seamlessly share your project prototype and the diagrams by clicking a button which publishes the project in the cloud. You can then share the link and the password with the team members you want to. It also provides a collaboration tool so that everyone can work together.

If you want to try this out, you can begin with their 30-day free trial. 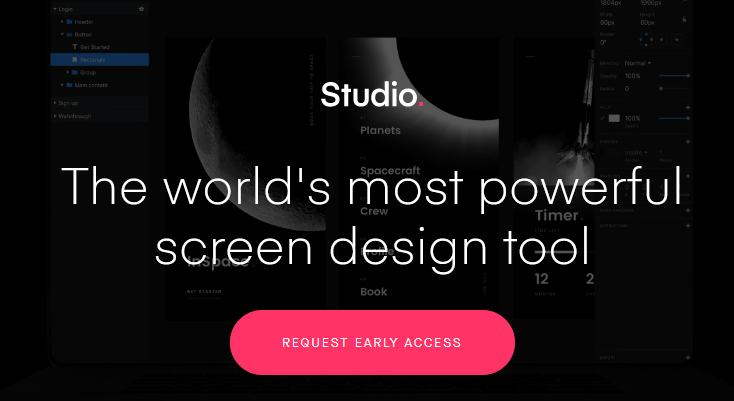 The tool claims, “InVision Studio—designed with you in mind. Make your next screen your best one yet.” We bet this prototyping tool is worthy of delivering its promises.

Touted to be the World’s most powerful screen design tool, InVision features a Vector-drawing tool to let you create responsive designs in a jiffy.

Rapid prototyping, built-in animation, shared design libraries for collaboration, and a synced workflow are its several unique selling points. The tool enables the creation of fluid interactions, instant playbacks, and frictionless screen animations. The tool has so much more to offer for all your app prototyping needs.

Offering a free trial for potential users, Mockplus is a prototype engine that lets you quickly create smart prototypes. This drag-and-drop tool comes with several pre-designed components such as Pop-up Panel, Stack Panel, Scroll Box, SlidingDrawer and Image Carousel. These components enable faster prototyping, helping you stay humble with the idea at the core.

The best thing about this tool is its ability to let you instantly test the mockup on the native device itself. Plus, its code-free and supports team collaboration features. Users can also get the project prototype testified for accuracy by sending a notification to team members onboard with the tool.

With a drag-and-drop interface, Justinmind is a free tool that creates prototypes for mobile as well as web apps. With templates available, users can begin with one of their choice, customize it, and even use the pre-loaded UI kits. Helping you create fully-functional UI prototypes, the tool uses business logic and conditional navigation to create dynamic apps. With a collaborative purpose at its heart, the tool keeps all the key participants of the project updated.

If you aren’t good at coding or are try putting it off, Webflow is one of the right prototyping tools for you. This visual content management system is a website builder which is highly flexible and lets you create powerful animations/interactions. An all-in-one power bundle, Webflow lets its users manipulate the look of the prototype visually instead of killing time with the codes.

Balsamiq is a rapid wireframing tool that lets you create great interfaces with a ‘throw-in and keep-out’ manner. Very similar to the act of brainstorming on a whiteboard, this tool lets you generate unique ideas with its Sketch-style controls. Once you have amassed enough ideas and you want to present your work to your teams or the client, you can switch to the ‘Clean wireframes option’.

With Balsamiq, collaboration comes easy. As the team behind the tool claims, life is short for fiddling with bad software. So, if you want your project prototype to be a great one, you can go ahead with Balsamiq.

An advanced prototyping tool for websites and apps, Adobe XD is every designer’s delight. We say so because the tool lets designers turn ideas into interactive prototype quite quickly. Some of its amazing features are: 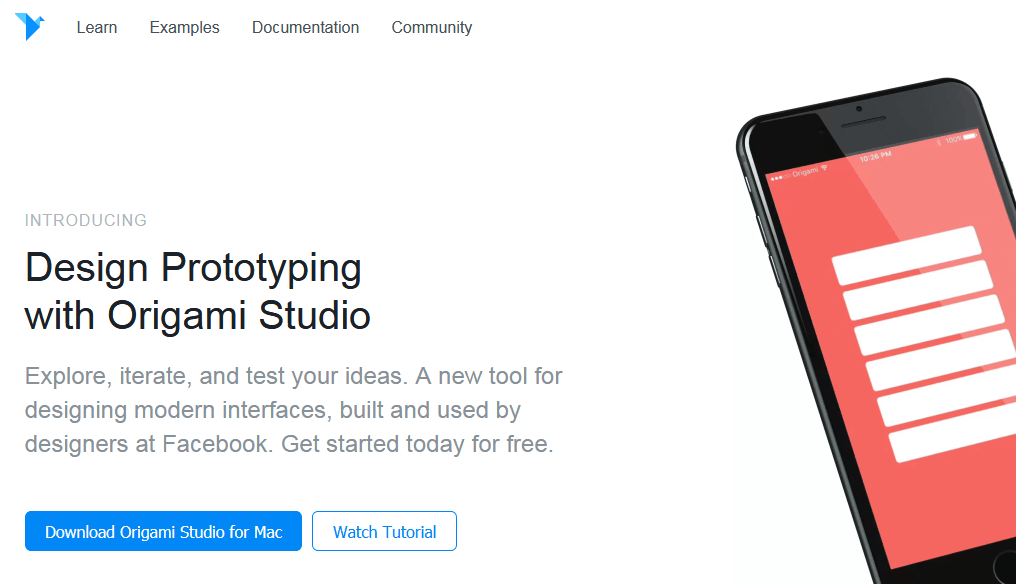 If working in layers is your go-to work style, you can easily create a fantastic prototype with Origami. A tool designed by Facebook, Origami is meant to woo you and your clients by the many amazing features it offers; some of which are: 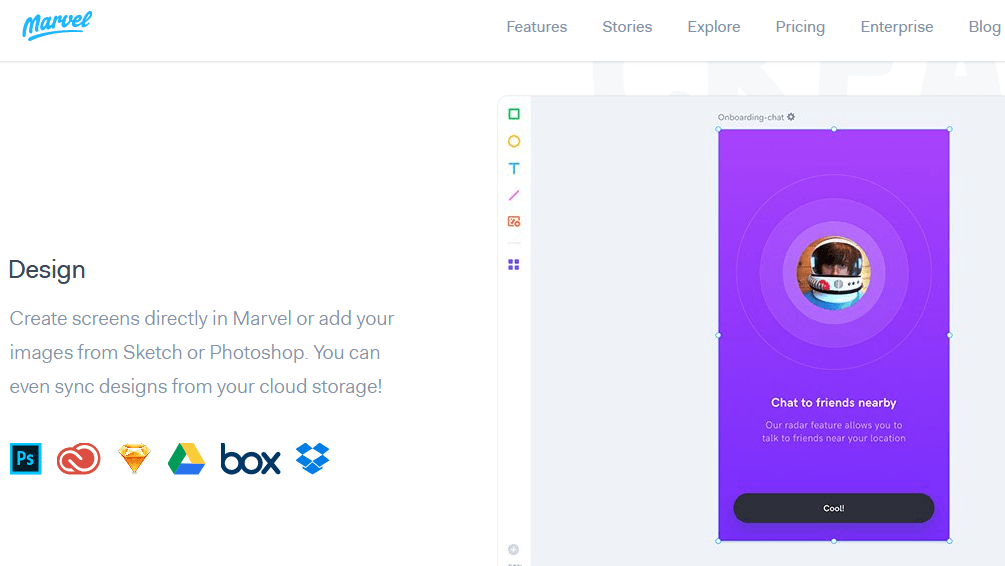 Marvel is a fun and straightforward prototyping tool. It offers support for PSDs and the Sketch plugin. Their Google Drive and Dropbox integration enable you to sync the changes that have been introduced in your file’s design. The most fantastic thing about Marvel is that you can click a picture of anything that you have doodled and upload it instantly to the platform for further interaction.

Available for free for up to 2 projects, the platform also offers packages for enterprise-level designers. Marvel is also available for the iOS mobile app.

UXPin is a power prototyping which is also a full-stack UX design platform. With its built-in UI libraries, you can create built-in interactions, custom interactions, and animations. You are just a CSS code away if you want to customize an element. They feature a real-time collaborative tool so that designers involved in the project can work on the same prototype, together.

If you have created a PSD or a Sketch, you can turn it into a prototype with the flexible workflow support. Creating responsive designs as you move forward with your prototype, the tool keeps preserving all the layers. The UXPin prototyping is cloud-based and is available for small teams.

Prototypes are always a better alternative to last minute revisions. With the right tool at hand, project managers and designers can deliver stunning designs for their apps and websites. However, the one prerequisite to choosing the right tool is requirement awareness, depending on the final delivery.

If you have more amazing tools to discuss with fellow readers, kindly feel free to comment below.

How do the UI and UX Designers Approach to Work Together?

Elise Myers is an experienced developer with over years of experience. She handles a tem of developers at WPCodingDev and manages development related tasks. Reach her on LinkedIn.

One response to “Best Prototyping Tools For UI And UX Designers”