Bug Tracking: Why It’s a Must & What Tools to Use

Let’s assume that a programmer writes 40 lines of code an hour (which is a little optimistic). That would mean 960 lines a day and that in turn translates to 28,800 lines a month. Or consider that an average iPhone app has approximately 50,000 lines of code. Even a single page of a WordPress theme has about 5,000 lines. If one estimates 50 bugs per 1000 lines of code, safe to say, it’s a hectic space to be in. And the bottom line is that the user does not care if there’s one bug or one thousand bugs.

No developer OR user wants a faulty product. While some code errors can lead to mammoth losses, such as NASA’s Mariner 1, on the smaller scale bugs can lead to significant consumer frustration and loss of productivity for the developer. Having a systematic bug tracking process can save developers and clients alike. Following is a list of bug tracking tools that can save software from a chaotic fate.

Perhaps the most popular tool used for bug and issue tracking, JIRA developed by Atlassian, is used by many Fortune 500 companies. It’s users range from NASA and Twitter to Rockwell Collins and Citrix. JIRA is used by companies big and small because of its wide range in servicing all needs related to bug tracking and project management. 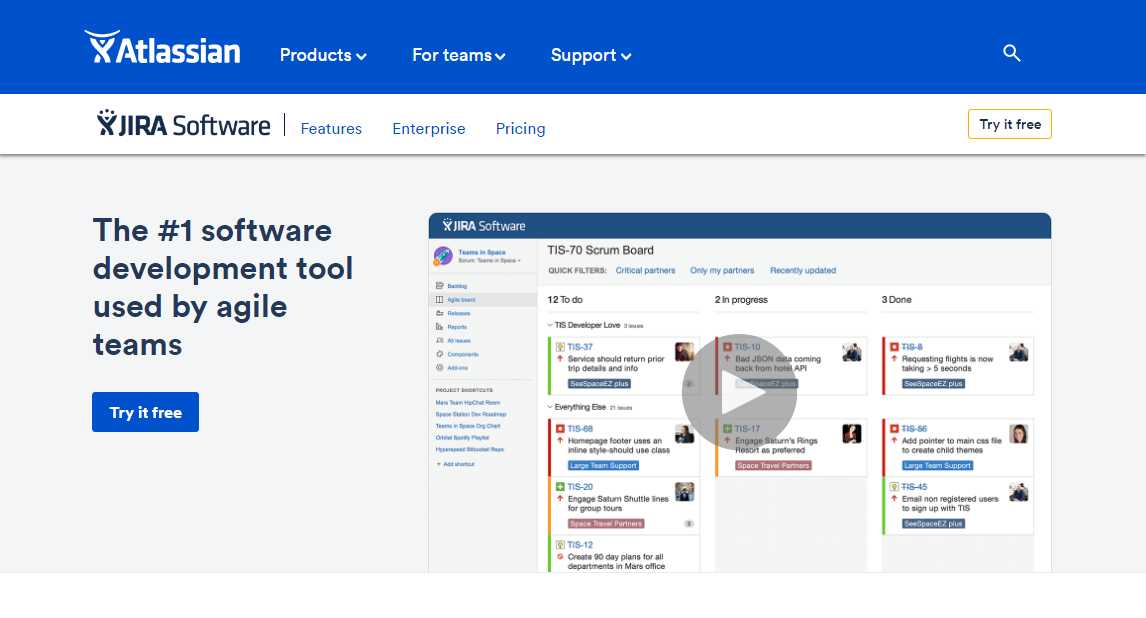 However, one downside to JIRA is that it can be overwhelming and complicated for small teams or enterprises. It can also be expensive for tasks where such extensive setup and customization is not needed.

zipBoard is a visual bug tracking and collaboration tool. zipBoard is ideal for web designers and developers who are looking for a lightweight tool to get started. Users can enter the URL for a website or upload SCORM compatible files to the system, and then review them. 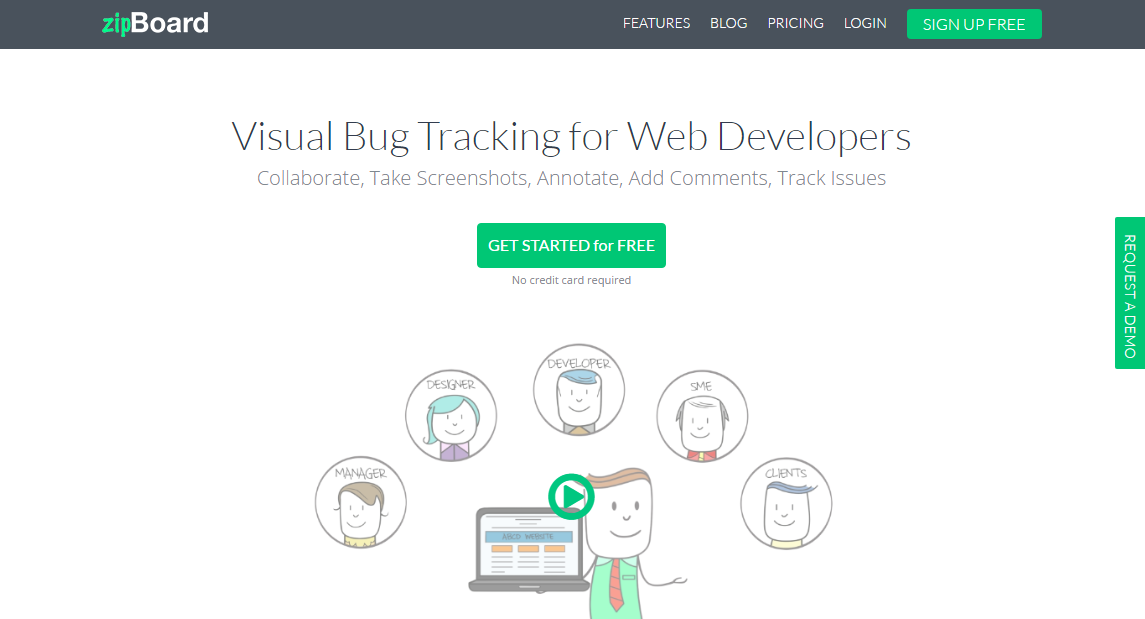 Created via various open source contributions, Mantis is licensed under the GNU General Public License. For installation, a configured web server, an RDBMS supported by Mantis (such as MySQL, Oracle, PostgreSQL), and a PHP programming language interpreter are needed. 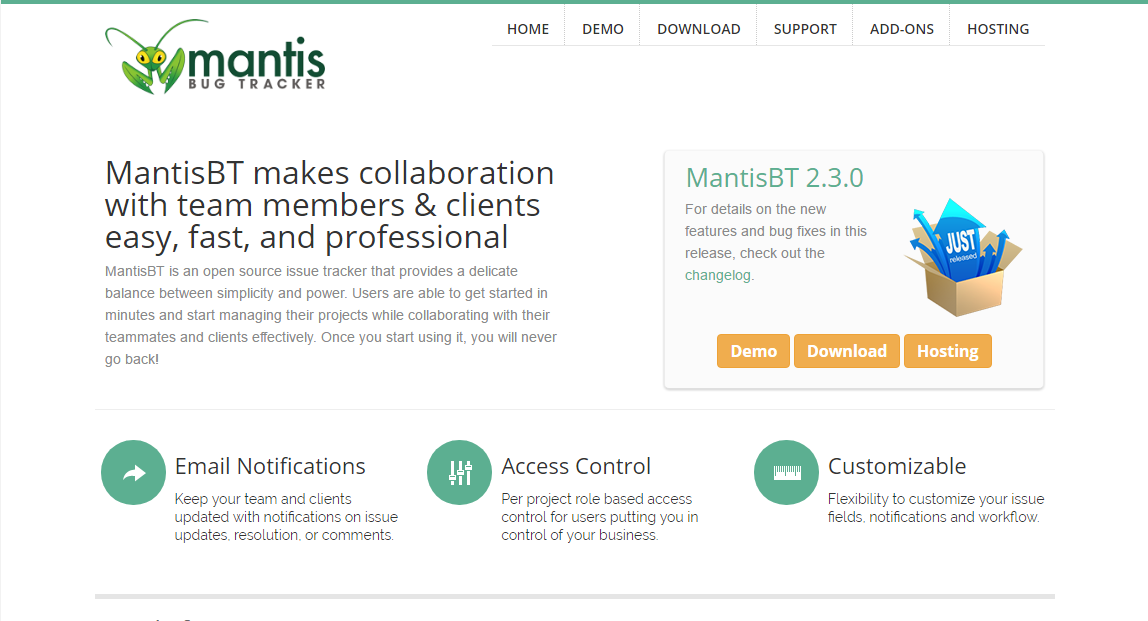 Sneak peek into My View: MantisBT

For users who do not want to spend time with setting up all the resources MantisHub offers MantisBT as a service. To understand more on MantisHub, read this blog post.

BugHerd is an on-site bug annotation and feedback gathering tool. It can be used as a widget in the browser extension. 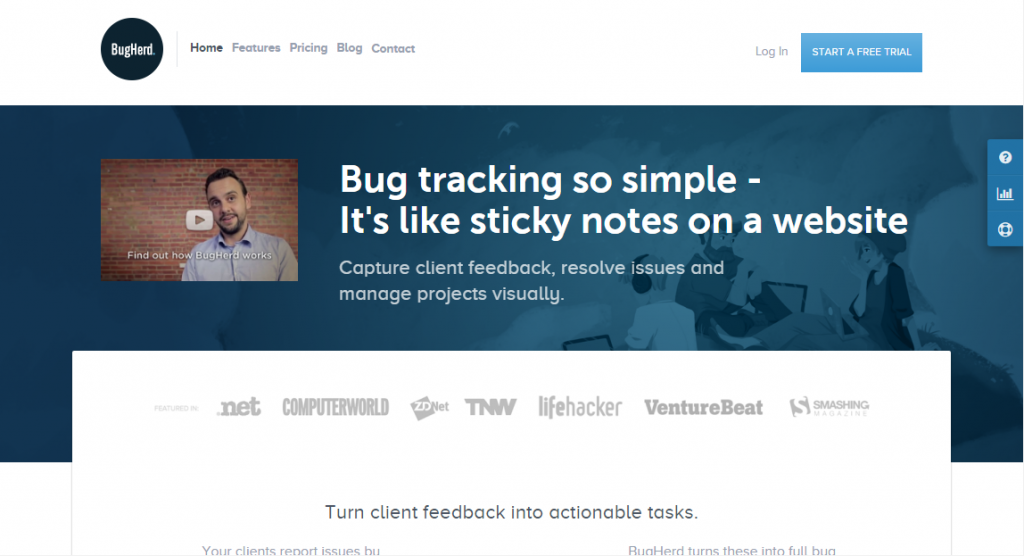 Trac is an open source bug tracking system that can also function as a project management tool. It is written in Python. Some prominent users of Trac include WordPress, Django, and the Internet Research Task Force. 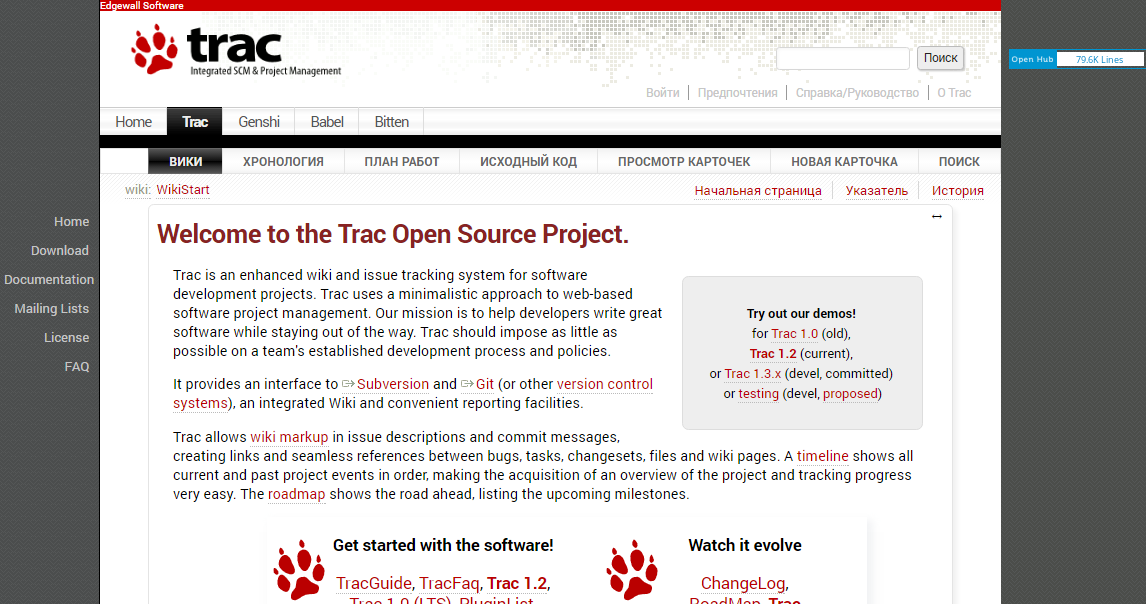 Another visual bug tracking tool, Usersnap like BugHerd, injects functionality via a widget used from the browser extension. It shares many common features with BugHerd concerning reporting of bugs and issues via visual feedback.

Their customers include enterprises such as Netflix, Facebook, Google, and Microsoft.

One of the oldest bug trackers around, Bugzilla is supported by the Mozilla Foundation. It is an open source tool, and its range of customers include Apache, Red Hat, and the World Wide Web Consortium; it’s main highlight being that Bugzilla is designed to be lightweight in implementation. The installation is through command line must pass through system requirement checks such as a compatible database, web server, SMTP server, etc. 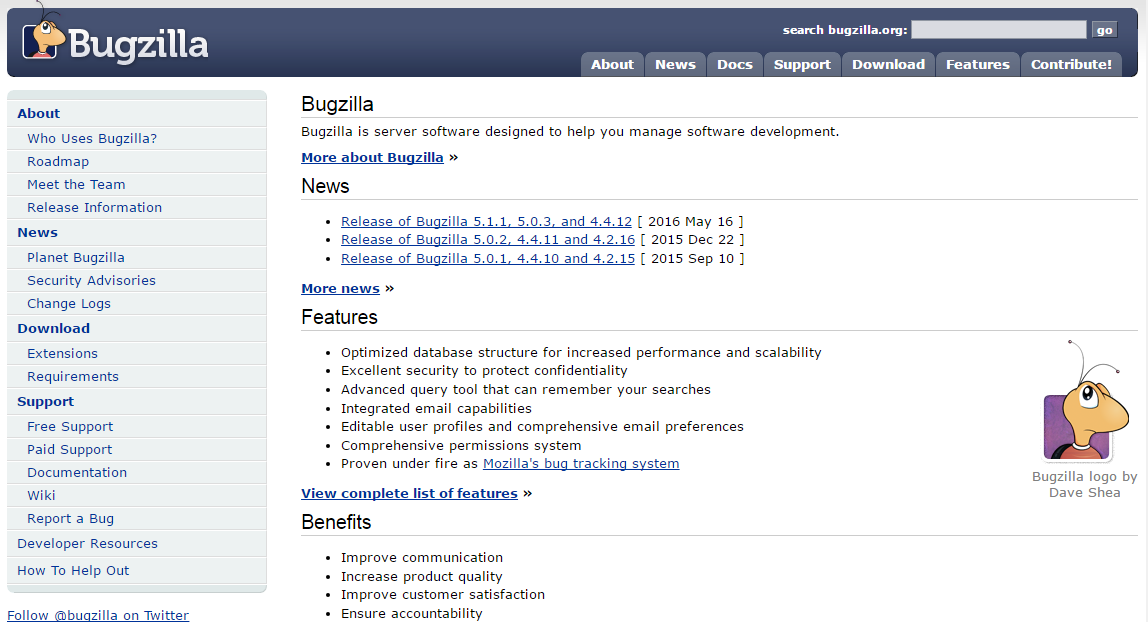 However, one downside is the line by line review which can be inefficient.

The Sifter is a bug tracking tool engaged in the SaaS space. It aims to include the non-technical teams in the work of issue and bug tracking. 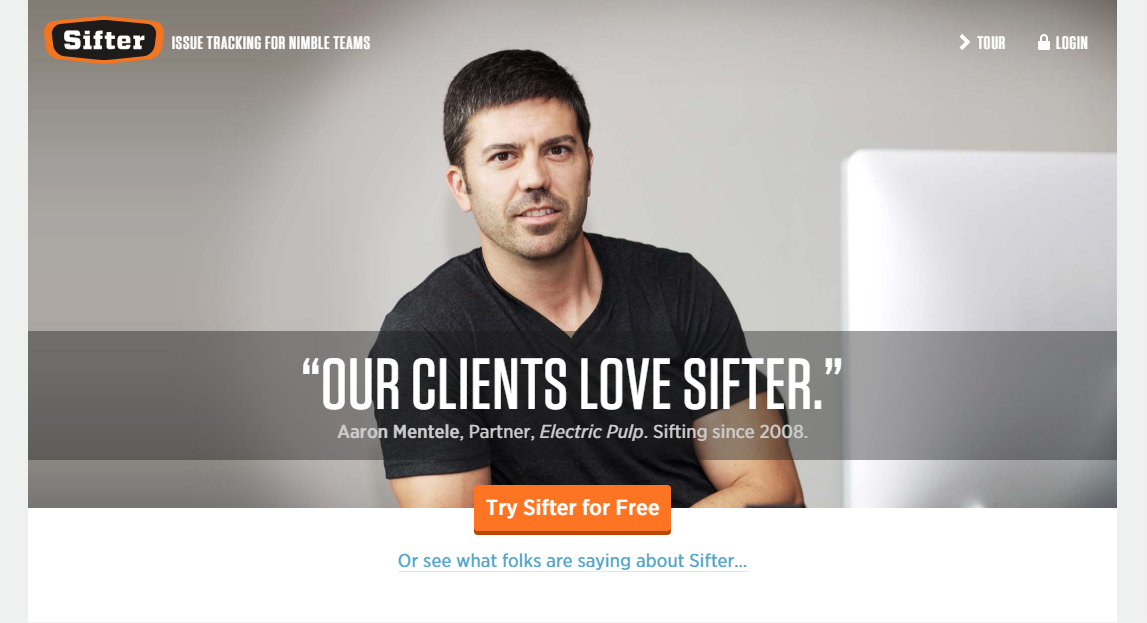 Typically, Sifter is used by small and medium enterprises such as digital agencies or web development teams. A few notable customers of Sifter include Electric Pulp and Vzaar.

FogBuz is developed and maintained by Fog Creek Software. Its list of users includes Deloitte, Vox Media, and Adobe. It was initially written in ASP & VBScript and later used a Thistle compiler to translate ASP to PHP. However, it now uses Wasabi’s Roslyn generator with C# as the target language. 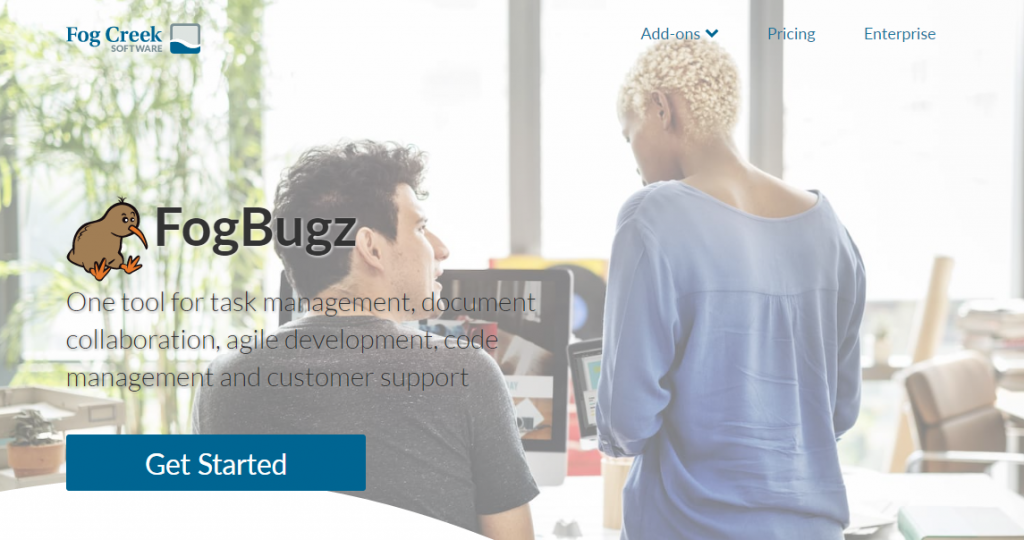 Unlike JIRA, where additional functionality can be added via plugins, FogBugz has a more holistic set of functions that make it a more rounded project management tool. For example, customer feedback is already integrated into the functionality without using a plugin.

Redmine is another open source bug tracking tool. It's significantly influenced by Trac, the biggest difference being that Redmine is written in Ruby using the Ruby on Rails framework. 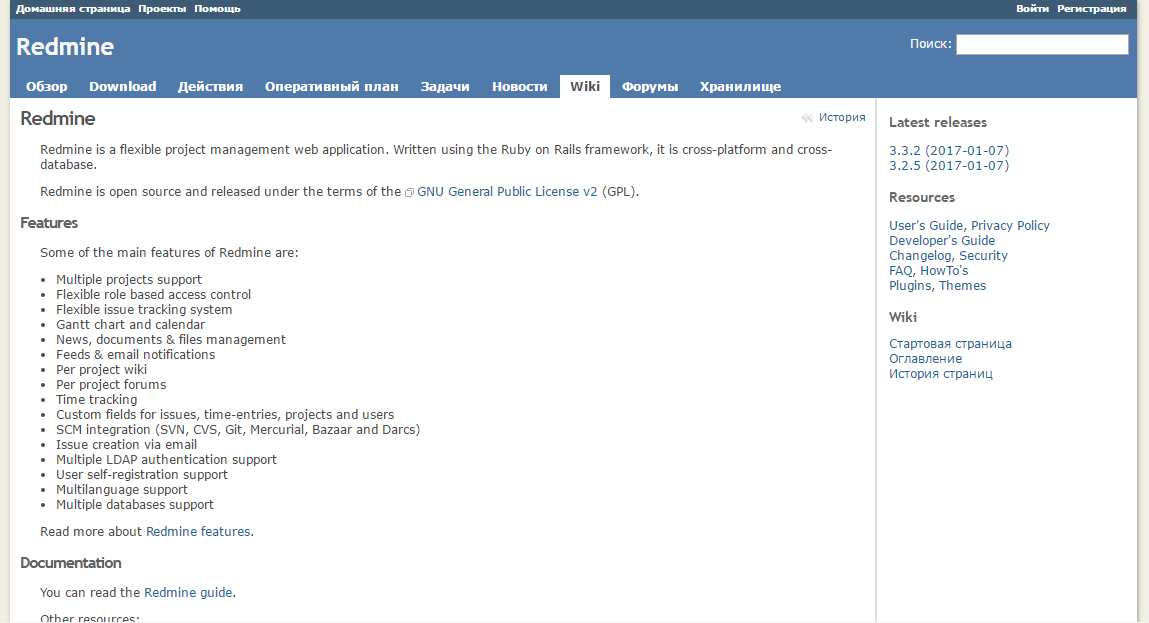 Redmine is typically aimed at large enterprises looking to use open source issue tracking systems such as colleges and universities. Besides them, it has also been adopted by Ruby as a bug tracking system and a project management tool.

There is also the ability to create subprojects. However, a task cannot be added to more than one member.

Each of these tools is widely used for issue tracking and bug tracking. The need for them can be judged from the fact that Google’s code repository is close to 2 billion lines of code now. Such a mammoth reservoir may not be every companies problem but any bug, big or small, can dent productivity. Increasingly the trend is moving towards visual tracking of bugs. It simplifies the process for developers and makes tracking more efficient too.

I strongly believe that it can't be too many tools. If you can optimize some processes with a special tool - you should do it. And more about different instruments you can read in my articles and Quora account.

How to Create QR Code for a Website – Increase Your Online Presence Effortlessly!

Popular WordPress Plugins to Prepare Your Site for Christmas

2 responses to “Bug Tracking: Why It’s a Must & What Tools to Use”