Monstroid vs. Monstroid2: Clash of Titans

Have you ever heard Richard Strauss’s “Also Sprach Zarathustra” composition? Many movies have used it for the most pompous and significant scenes. And now, as I’m writing this article it is playing in my head. I’m going to write about the two titans, the two flagships of TemplateMonster’s unbeatable armada – Monstroid and Monstroid2. Both of these are vivid, carefully built, and popular so I’m a little nervous. I mean, it is like comparing “Mona Lisa” and “The Starry Night” or “Star Wars” and “The Lord of the Rings” – you can never choose because both variants are absolutely awesome! 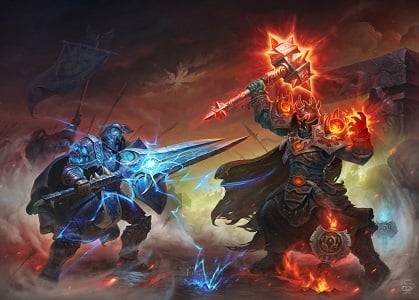 That’s why I won’t be comparing these templates in the meaning of defining the lucky winner in the end. Instead, I will try to show you the strongest and weakest points of each of them and what the main differences are between them.

What do they have in common?

Let’s start with the features that are similar in both of the templates. Yes, they have a lot of things in common. In general, any two templates created by one studio will have a bunch of similarities, because every web development company has its own style. The newest trends and the freshest ideas are also often put into consideration. 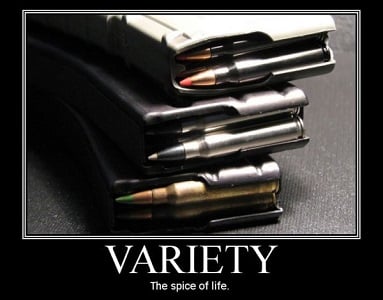 Both Monstroid and Monstroid2 have a HUGE bunch of themes, skins, and demos for fast website styling. The user chooses the appearance that is the closest variant of what he wants to see and then does a light customization. Both Monstroids are multipurpose products, so the developers have tried their best to cover as many niches as they could. Currently, Monstroid has 23 available skins and Monstroid2 has about 30, but this number grows every month. New themes are added to both of the Monstroids constantly and they grow their potential with every update.

Page builders are a very trendy tool and it is no surprise they are used for all newest templates. The opportunity to see all the changes you make on the page in real time is priceless. Elementor Page Builder is, in my hilarious opinion, one of the best on the market and I think that it is the reason why both Monstroids are made compatible with it. Elementor has an intuitively understandable, user-friendly interface, a large collection of widgets and high level of customization. The user can avoid not only coding but also working in the WordPress administration dashboard (for some beginners it is difficult to go through the WP tools). 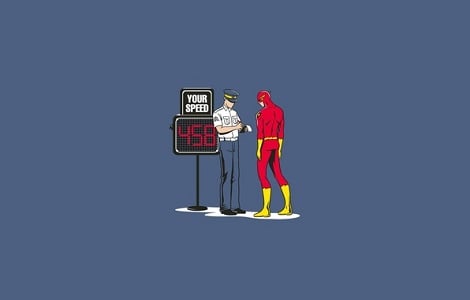 If you could rank the most important features that users evaluate websites for, download speed would be in first place. If a website loads too slowly, the user will just leave and all of your astonishing design, useful tools, and hypnotizing animation won’t reach him. Both Monstroids are made as light and fast as only they could be. According to PageSpeed, Monstroid loads in 0.5s and Monstroid2 in 1.2s (that’s really fast, you know!).

When it comes to tech support, TemplateMonster is really brilliant. Most template-creating companies provide users with documentation. Some also shoot tutorials and offer a ticket resolving service. But few are so user oriented to support customers in a live chat or via phone calls. TemplateMonster does all that stuff: documentation, video and text tutorials, ticket resolving system, live chat, and phone calls, so both Monstroids get the best tech support possible.

What are the differences?

Similarities defined, it’s time to talk a little about differences. You won’t find a vast list of features that differ between Monstroid and Monstroid2. They are really very few, but there are some specific purposes that each were designed for (yeah, they were created for different needs and audiences). 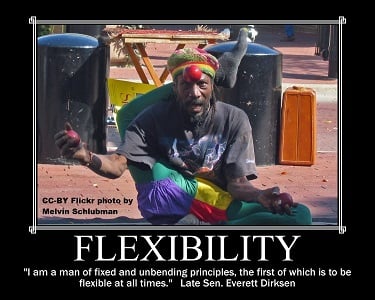 Both Monstroids are flexible. You can customize every element in almost any way you need and like. Colors, shapes, borders, margins, animation – you can create, literally, any block possible from the ground up or take an existing one and customize it to fit the rest of the style. However, Monstroid is a little bit stiffer than Monstroid2.

Monstroid, if to speak in plain language, is a set of themes. You can choose any of them and polish it to perfection. However, you can’t mix themes or re-build the header and footer. For most projects, you won’t need those functions – themes are professionally designed and it won’t be necessary to drastically change anything. 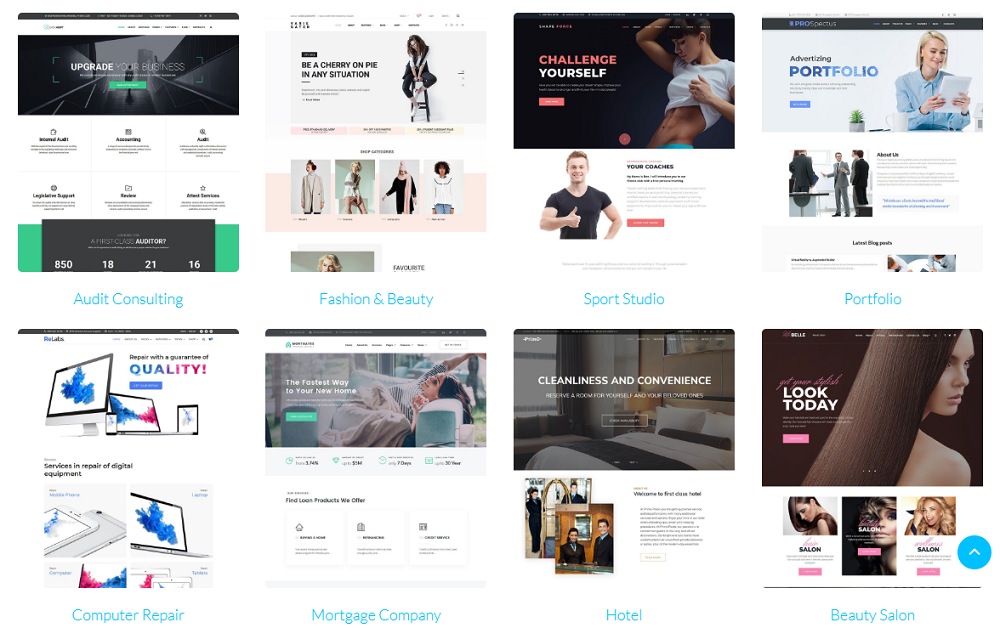 Monstroid2 is actually an erector set. You get a big box of bricks and can build any form that comes to your imagination. It is also possible to take a ready-made theme and use it for your website, but besides that, you can mix any themes you want and re-forge any element of the page. You can take the page from one theme and add in a block from another theme’s page, change the look of the header and footer, and then save all these customizations to use in other projects. 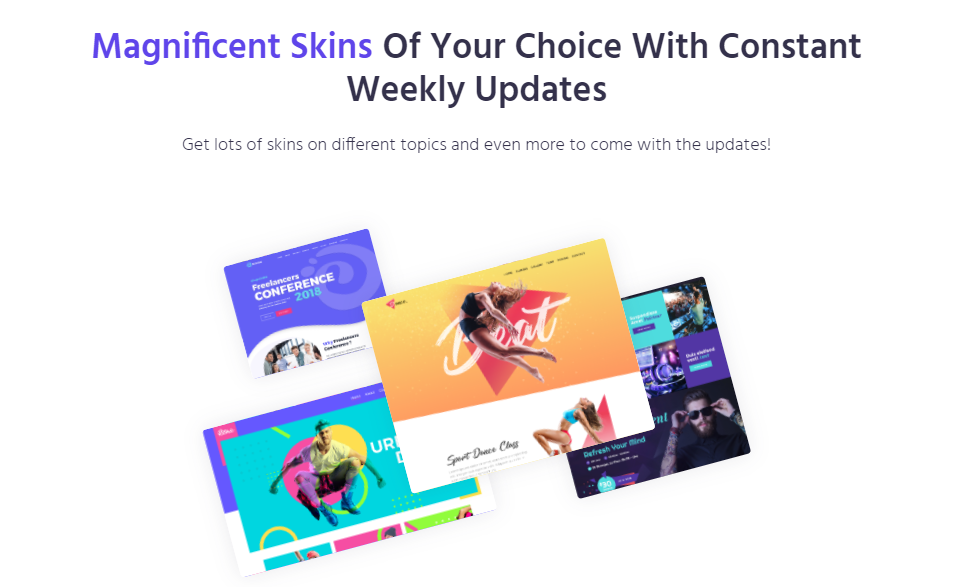 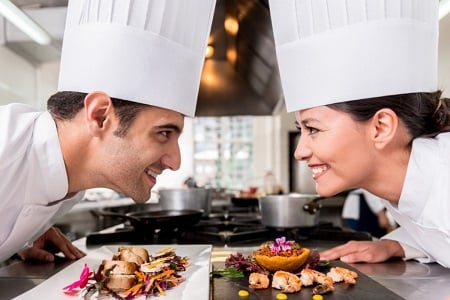 Some plugins are so popular and necessary that we can’t imagine a template that is provided without them. For example, every website should be WooCommerce ready in case the owner would like to start a store. That’s why both Monstroids have the WooCommerce plugins. However, the set of extensions for each of them differs.

Monstroid has a complete collection of Cherry plugins built in. They add a number of useful functionalities to your administrative dashboard. Besides that, you get Elementor plugin with three extensions created especially for it: JetElements, JetMenu, and JetTricks. In general, the Monstroid template pack contains more than 37 plugins.

Monstroid2 doesn’t have any of the Cherry set but instead contains all Jet plugins for Elementor. They sufficiently widen the number of available widgets and make website creation faster. And the most pleasurable is that the template pack contains not only all existing Jet plugins but also all plugins that will be created in the future. 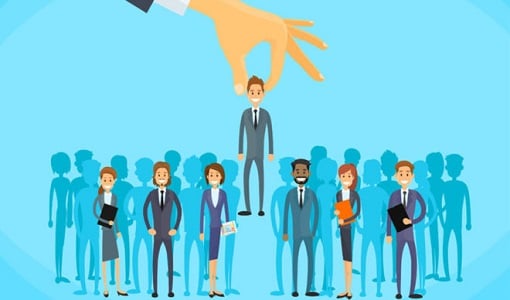 As I mentioned previously, Monstroid and Monstroid2 are built for different purposes and different audiences. I’ve listed the characteristics of each template’s “ideal user.”

You need Monstroid if you:

Monstroid2 will fit you if you:

Phew, that was a challenge! I hope I’ve managed to describe both of the templates with appropriate respect and show you their strong sides. We worked on these templates really hard, so believe me, they are great. If you tried any of the Monstroids I would appreciate it if you share your opinion in the comment section below. If you have any other comments they are also welcome.

Monstroid 2 vs. BeTheme: To Be or Not To Be