Gods of Marketing, What We Can Learn From Them

Proper marketing strategy is a thing that makes your business profitable. If it’s weak, most likely you won’t be on the market for too long. To avoid that, you should stick to marketing fundamentals that can be quite handy for building your own strategy. Here we’ll take a look at several most successful marketing campaigns that shook the world’s foundations.

Each famous company or brand stands behind a powerful marketing campaign. No matter how good your product is if you don’t know how to offer it to the audience, it is doomed for failure. So it's vital to invest money in this segment of your business. It is the way many companies follow; you can totally call them marketing gods as back in their days they made a real revolution in the marketing world. Let’s take a look at several world famous brands that made their mark with smashing campaigns.

Well, the first on the list is Coca-Cola. This brand doesn’t need introduction; the fact that it won Cola Wars speaks for itself. This battle was insane and lasted for several decades. For quite a long time Coke and Pepsi were neck and neck in this contest, but thanks to a powerful marketing strategy Coca Cola became a leader among other drinks.

Check out the latest campaign by Coke. The company put attention on connecting people across the world and offers its customers more creativity by customizing their Coke bottles with their names. Another great idea that Coca-Cola has recently introduced is a can that splits into two smaller ones for you to share the drink with your friends or drink the second half later.

As all previous campaigns, this one is incredibly successful as well. This is achieved by a strong advertising strategy and creative marketing team.

Red Bull is another monster that became famous all around the world thanks to a powerful marketing campaign. This drink originates from Thailand where it was famous among local population as Kratingdaeng. Suddenly, Dietrich Mateschitz recognized that this drink helped him to get over jet lag, so he decided to introduce it to the foreign market and since 1984 – 1987 Mateschitz had been working on brining this drink to Europe. In 1987 Red Bull was finally launched as a carbonated beverage. In the next several years it becomes more and more popular worldwide.

Such an insane success is a result of hard work, effective advertising strategies and tactics aimed at grabbing customer’s attention. Actually, advertising is the segment on which Red Bull puts stress. If you’ve ever seen any of Red Bull motivating and funny commercials, you’ll get the point.

Red Bull’s marketing campaign is, probably, one of the most progressive for today. The company also pays much attention to social and digital media, by this reason it involves them in every new campaign. The company doesn’t forget to communicate with its customers, so it launches various mobile apps to keep up with the audience more easily.

The next on the list is Apple. Today it is more than just a brand it is a fashion trend, a religion if you will. But how did the company get such a great success? Actually, Apple’s marketing strategy is quite simple and innovative at the same time. It was one of the first companies who understood that the clue to success is simplifying the decision making process. So it is vital to give the customers information they are interested in, no long introductions, your opinion on the particular product or any other unnecessary information. Check out the Mac vs PC ads.

It is also important to study your competitors’ moves and improve your own. Samsung is one of the best examples of successful marketing strategies. Everybody remembers the hysteria generated by iPhone 6, when the owners had them bent while in their pockets. Samsung used that failure for its own benefit and launched the commercial that made the brand even more popular.

As you see, everything is basically simple. There are no special effects or motivating slogans. However the videos are not devoid of creativity, two men are just standing against a white background and talking about the devices, but the point is obvious – why Mac is better than PC. In other words, Apple speaks in the language of the audience; it results in close interaction between them and their customers.

As a rule, big companies spend millions of dollars on advertising campaigns. They hire huge marketing departments with dozens or even hundreds of employees to develop a proper strategy, carry out various researches and studies to reach the target audience. However this kind of marketing is not affordable to small businesses or growing companies. Well, there is another effective way to advertise your brand spending less money.

Radical marketing breaks all the rules of traditional marketing and can be more effective than the latter. There are several companies that took a shot and improved their business. A great example is Harley-Davidson. It is hard to believe but this world-famous brand had some really bad times back in the 80s. Actually, the company had only one chance to fix everything up, in other case, Harley-Davidson would no longer exist today. Fortunately, the executives took right decision and Harley-Davidson arose from the ashes. 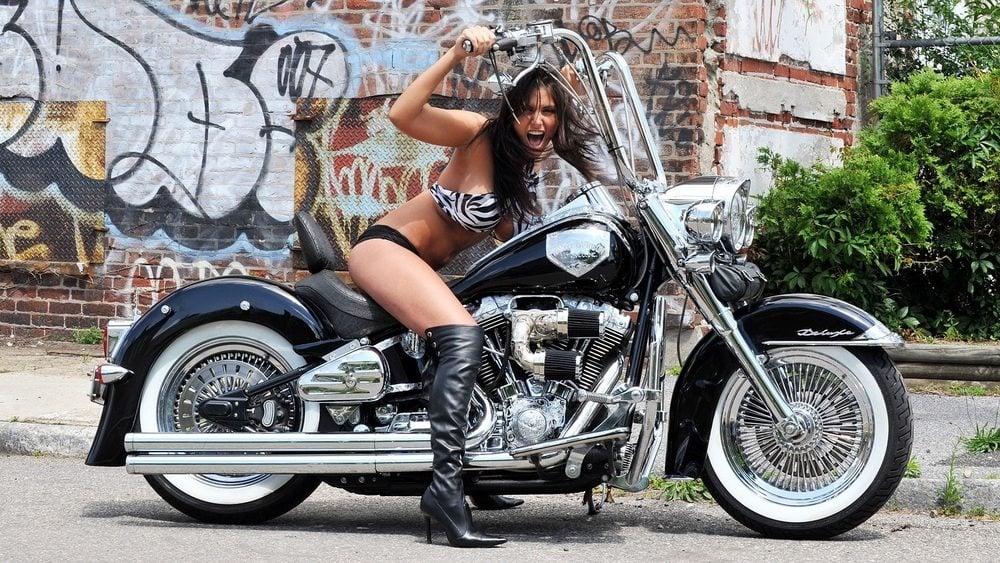 Their strategy was pretty simple: instead of spending lots of money on advertising and marketing research, they decided to invest it in interaction with their customers. The first step was the foundation of the national Harley-Davidson owner group (HOG). However, the first years were quite an intense for the company, as the CEO expected to create a club that would include at least 100 000 members. It was destructing when only 28 members took part in Harley-Davidson rally in 1984. Actually, this rally became the starting point of a new era for Harleys, as more and more people joined HOG all around the USA and later in Europe. Besides, the company involved its own dealer system to promote the brand by distributing information, fliers and posters about HOG. The strategy of close collaboration with customers is the secret of huge Harley-Davidson popularity.
"Built by all of us for all of us" this is the motto the Harley sticks to, and agree, it's pretty loud, isn't it? The same idea is supported in the video.

Radical marketing can be a clue for those companies who believe in their success, ready for revolutionary steps and can handle any problem on their way.

If you want to use radical marketing in your campaign you have to stick to 10 main rules of promotional strategies for business:

So, if you have enough guts to experiment, and run your business another way, give radical marketing a chance and you will experience a sufficient revenue boost any time soon.

Got something to add? Use comment at the bottom!

Alex is passionate about all the things related to WordPress and Elementor in particular. At MonsterPost, you can find a handful of cool tutorials shared by him.