Second to None: Why is Millennial Pink Still so Popular?

Not sharp, but not a sugary childish pink color. Simultaneously serious and playful. Nostalgic and fresh. Feminine and androgynous. The color "millennial pink" is called so for a good reason. This word combination appeared in 2016, when no one ever suspected that this word phrase would establish itself in the language so firmly. The shade is something between beige, peach-orange, and salmon-pink. After seeing and identifying it at least one time, Millennial pink will be with you on city streets, in cafes, at home, and all around.
This exclusive hue of pink, also called Tumblr pink, has become the color of a whole generation. Gen Y or millennials are people who love having a snack, taking pointless internet quizzes and snapchatting all the time. And they adore this shade of pink named after them.

In the 2000s, "pink craziness" touched everyone: women of all ages were wearing this color. At that time, pink was like "the new black," and for the most part, it dominated women's wardrobes.

However, the story of pink did not end there. Clothing and accessories brands begin to create collections in this shade. Even in hardware stores, the abundance of Millennial pink can make you feel like you’re in a candy shop. The world’s obsession with the color came just after the Pantone Color Institute announced the main shades of the year. In 2016, Pantone named their color of the year Rose Quartz (pink quartz) along with Serenity (gentle blue). Companies chose "tumblr pink" to decorate their brands, which changed the perception of pink—previously considered exclusively girlish. However, quartz pink gained special popularity among both sexes long before the announcement of Pantone's solution. The Canadian rapper Drake released the cover of the single Hotline Bling in a pink tint. The shade was often used by Apple in the production of its products (iPhone, iPad and even MacBook), as well as by the Swedish brand Acne Studio for packaging.

So why does this certain shade cause such emotion and desire among so many people? Let’s examine the roots of it.

Calmness (not supported by science) 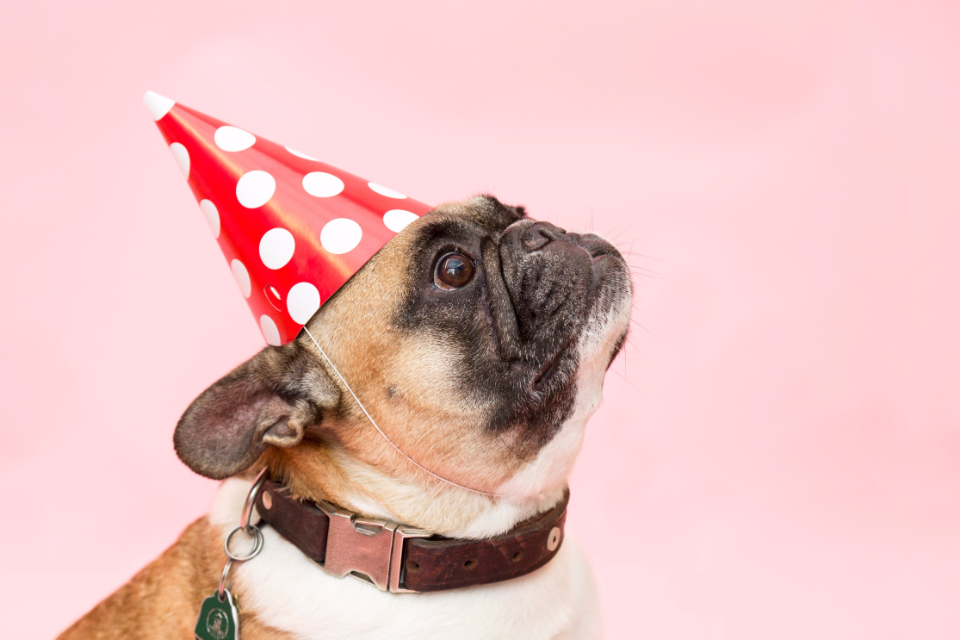 Before going ahead, I must admit that there is no scientific evidence for the statement above. However, you should know about one fact in defense of it.
There is a shade called Baker-Miller Pink. Mixed from red and white and a bit brighter than Millennial pink, it was an experiment by biosocial researcher Alexander Schauss.
He was more than sure that his creation could soothe people. And to prove it, the researcher used the color at naval facilities for prisoners. The results were positive: it cut blood pressure and aggressive behavior.

Anyway, this study didn't affect science. In 1988, the Journal of Orthomolecular Medicine published an article specifying that color doesn't influence human behavior in any way.

Despite that, Kendall Jenner colored her room Baker-Miller Pink for a calming effect. 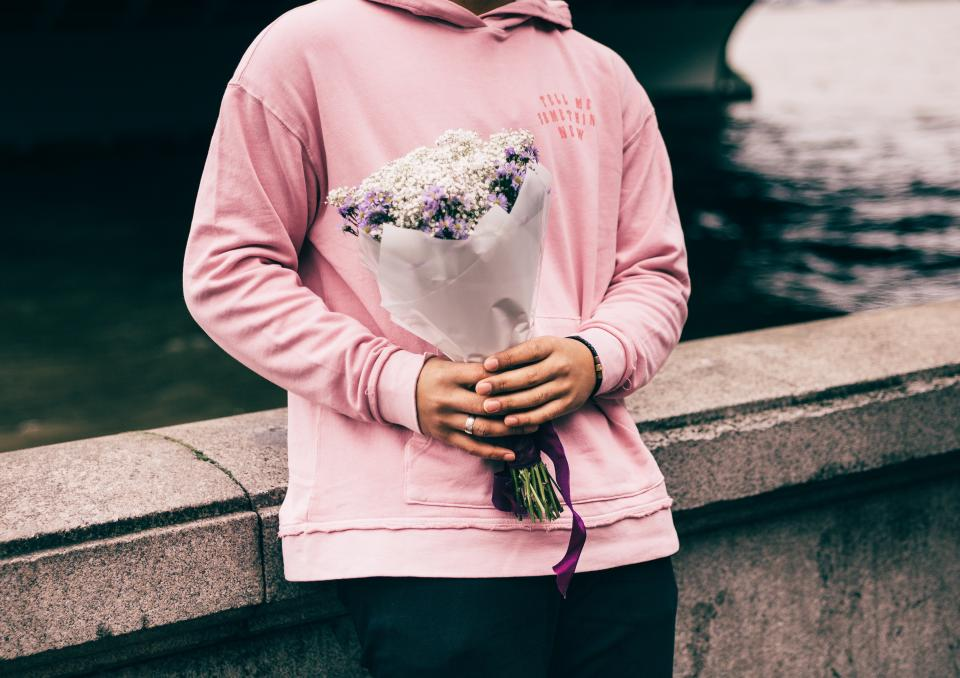 In the early 1900s, the Ladies Home Journal wrote that pink was for girls what blue was for boys—a generally accepted rule. Beyond other issues regarding the use of this article, it was considered the #1 citation for women’s relationship with pink to be engraved in stone.

In fact, it wasn’t. The history of pink was changed in 1953 when Dwight Eisenhower became president, and for the inauguration, his wife Mamie put on an enormous rhinestone-studded pink ballgown. The First Lady loved the color pink—she thought that the pink really brought out her complexion—and she was known for it.

It became the color that lady-like women wear.

Nevertheless, Gen Y is increasingly committed to gender equality and to abandoning the traditional gender framework.

In many countries, we observe how gender boundaries are blurred in the fashion sector, which in turn affects color trends in all design spheres.

In this case, the pink color gradually lost a gender-painted connotation—it is worn by men as a symbol of their "progressive thinking" and independence from social and gender stereotypes. Men often choose pink T-shirts, shirts, and ties just because they like them and because wearing pink is no longer a taboo. This means that a ray of future equality has appeared on the horizon—not only on paper, but also in everyday life. 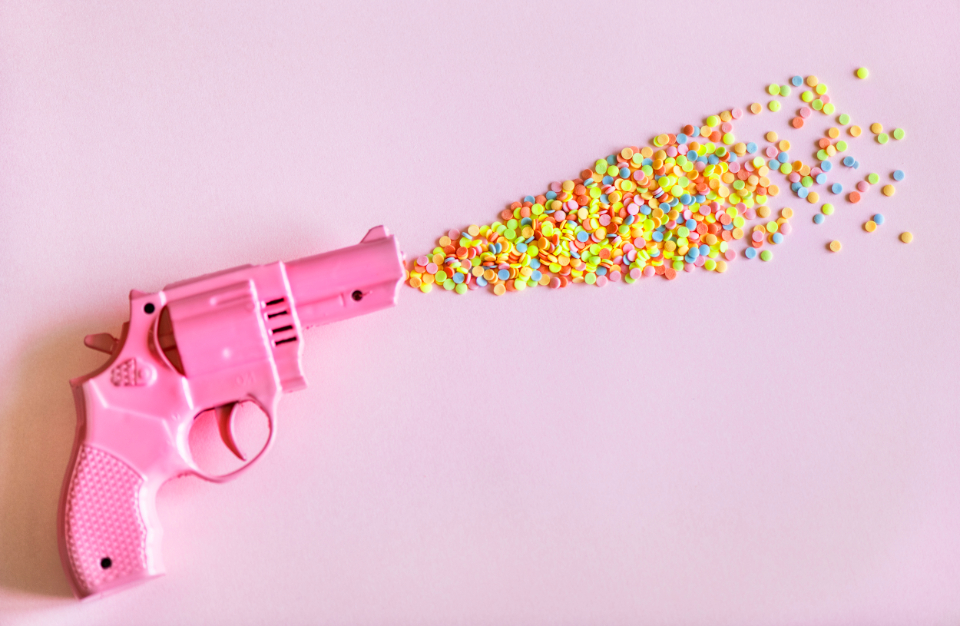 It looks good on social media. And people know it.

Once, there was a pink table at a New York restaurant Dimes. In autumn 2016, millennials were booking it all the time. And the reason was to take a photo of food on it for their Instagram pages.

The Gallery, a restaurant in London, boasts its pink walls and pink velvet chairs.

Common Projects produced their shoe model in a blush pink.

Breeders create new varieties of fruits and vegetables in pink. For example, consider the Costa Rican pineapple "rosé," created when the manufacturer of which added to a fruity hybrid pigment of lycopene for the red color.

The iPhone got a pink version.

Drake and Rihanna dressed in pink things and successfully sold clothes of that color.

Monica Khemsurov from the design blog “Sight Unseen” specified that posts with a pink thing in them see better effects: ordinary posts might have 1,500 likes, and the pink ones have 4,000.

Obviously, pink's been ruling for a long time and its days are over.

Vogue thinks there are four colors to replace pink:

Is there any other color to become a real substitution for pink? For the color defining a whole generation?
We need much more time to fall in love with another color the way we did with pink.

But never say never. Kendell Jenner’s wall or Drake’s next album cover could transform all that in a moment.

And for now, I’ll keep eating from my favourite pink bowl.

I'm an Elementor lover and a specialist in TM templates. It is much more convenient to get a theme from a thematic listing than seeking it by yourself, isn't it? Everything for your convenience! Victoria Maksimenko on LinkedIn